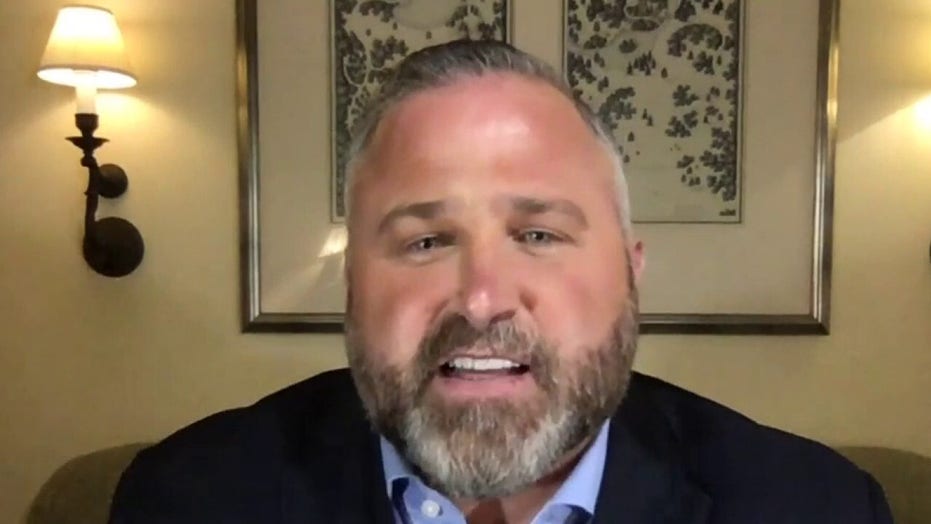 As the nation deals with protests and riots in the aftermath of the death of George Floyd while in police custody, religious leaders are trying to offer hope.

Brian Gibson, founder of the Peaceably Gather movement and pastor of His Church, is holding a rally at the National Mall June 7, "in a united call for an end to the riots."

"I believe the church is essential and it's absolutely the answer to get us through this trying time in America," Gibson told Fox News. "The church is the healing balm that puts us back together."

Pastor Brian Gibson prays over police officers with other faith leaders during a rally Tuesday in Louisville, Ky.  (PeaceablyGather.com)

Gibson gathered with African-American, Latino and white pastors in Louisville and five other cities Tuesday where protests are happening.

He's calling for others to join his PPP Plan, which includes prayer, preaching and partnership between suburban and urban churches.

The pastor believes taking the church "out of play" for 12 weeks under coronavirus stay-at-home orders has allowed "evil" and "wickedness" to come into the lives of Americans that "wouldn't have been here if the people of God were praying together."

Several prominent pastors and faith leaders discussed race in their messages over the weekend.

The Rev. Samuel Rodriguez, the president of the National Hispanic Christian Leadership Conference, joined several Christian leaders across the nation in a statement of solidarity with African-Americans, calling for justice and reform.

“We come together for the purpose of confronting once again the giant of bigotry and racism with the stones of righteousness and justice," Rodriguez said. "This giant of racism must come down!"