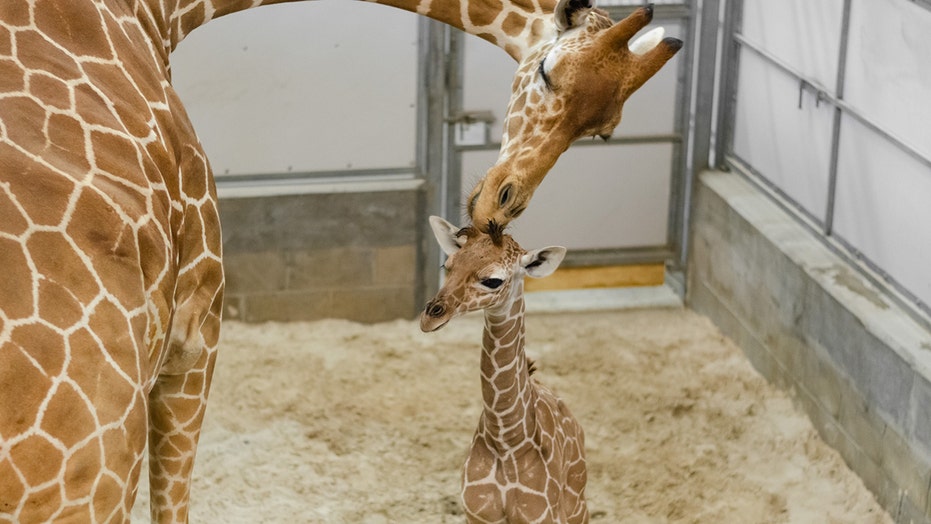 A Florida zoo announced that the birth of its 42nd baby giraffe was the last offspring of a popular patriarch who died last year.

The Jacksonville Zoo and Gardens said the male calf was born at 5:40 a.m. on May 15 to mother Naomi, weighing 187 pounds and standing 6 feet 4 inches tall.

The birth was special because it marked the last offspring from the herd’s patriarch, Duke, who died in December at age 21, the zoo said.

“At the time of [Duke's] death, keepers were hoping that one or two of the females in the herd were pregnant,” the zoo said in a statement. “The birth of this youngster is a touching tribute to the high-profile bull who was so well-known by the Jacksonville community.”

The baby giraffe was said to be in good health. He is Naomi’s seventh calf and Duke’s 18th offspring, the zoo said.

The newborn made his public debut Friday. The zoo posted a video on Facebook of the calf exploring its new home.

“The arrival of our beloved Duke’s son is an especially moving way to honor his amazing legacy. We’re all looking forward to watching this little guy grow and develop”, Deputy Zoo Director Dan Maloney said in a statement.

The male calf wasn’t immediately given a name.