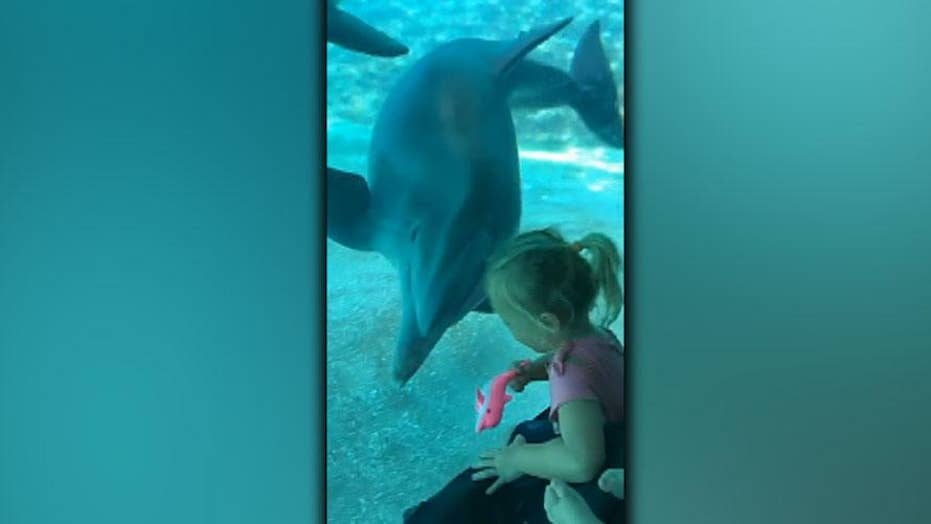 A 3-year-old Florida girl is being called the “dolphin whisperer” after the toddler apparently attracted several of the mammals with her toy dolphin during a visit to SeaWorld Orlando over the weekend.

Paisley Cobb was holding the pink toy and looking through the dolphin tank when as many as five real-life dolphins quickly took an interest and gathered around her.

"The coolest thing ever just happened!!!" Paisley’s mother, Katie Cobb, wrote in the video's caption. "Such a special moment for our sweet girl."

A voice in the video can be heard saying the dolphins like Paisley's toy as the creatures appear to assemble against the glass for an up-close look at the small-scale imitation.

Cobb told FOX13 Tampa that her daughter just might be the “dolphin whisperer” after witnessing the mammals follow the 3-year-old around and play with her.