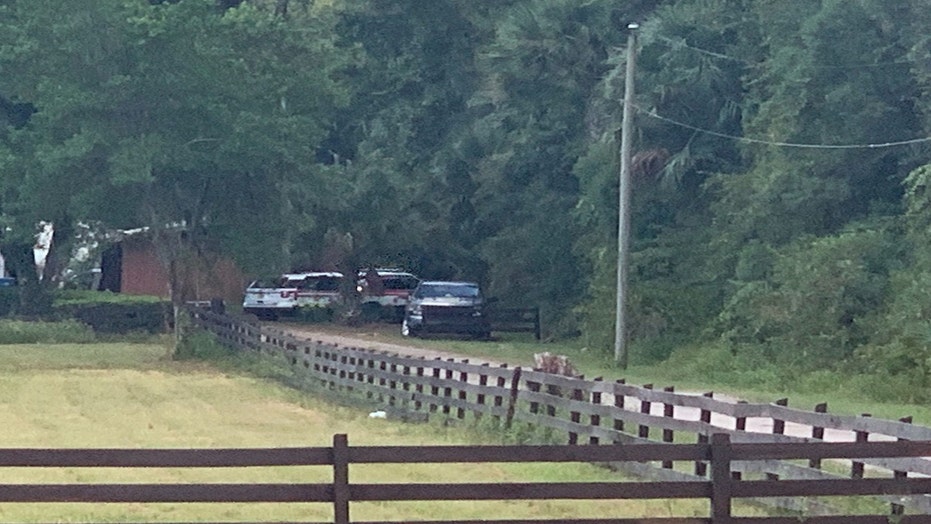 Three people were killed when a small plane crashed and caught fire on Sunday in central Florida, according to officials.

The Volusia County Sheriff's Office tweeted the crash happened around 4 p.m. in a wooded area off State Route 44 and Grand Avenue in DeLand, located north of Orlando.

“I saw the plane go by, but the tree line is so high, I didn’t see it go down,” Dennis Morton, who lives near where the crash happened, told FOX35. “All I heard was the backfiring of the motor, and usually when it backfires on a motor, it would rev back up and it never revved back up.”

Units arriving at the scene discovered three people, all of whom had no pulse, police said.

Neighbors in the area who saw the plane go down said several people rushed into the woods to help.

Three people were killed when a small plane crashed in DeLand, Fla. on Sunday afternoon. (FOX35)

“They all threw the dirt up on the plane, and they had a couple of fire extinguishers,”  Diane Rodrigue told FOX35. “Some people pulled the lady out on the other side.”

Greg Kwiatkowski, who was one of the people who tried to help, said people rushed to the aircraft to try to get people out of it.

The sheriff's office said the Federal Aviation Administration and National Transportation Safety Board were notified of the crash. NTSB officials said on Twitter they were investigating the crash, and the aircraft involved was a Cessna 421.

The crash caused officials to shut down traffic on a state highway as authorities investigated the scene. Officials have not said where the aircraft was coming from or its final destination.

The names of the deceased will be released pending notification of next of kin.

“What can you say?” Rodrigue told FOX35. “People lost their life today. Not really much you can say about that.”