Nikolas Cruz talks about his dreams for a future in love letters written from jail to a girl from the U.K. named Miley, which were released by the Broward State Attorney's Office.

Parkland massacre gunman Nikolas Cruz wrote love letters from jail to a woman in the United Kingdom detailing his desire to get married and have children named after guns, while also contemplating death and the death penalty — all while avoiding writing a single word about the 17 people he murdered Feb. 14, 2018.

Cruz’s handwritten letters are peppered with drawings and misspelled words and addressed to a woman named "Miley," a cyber-supporter who helped start the Facebook group “The First Victim,” in reference to Cruz, the Sun-Sentinel reported.

Cruz says in one letter that talking about the deadly shooting he confessed to carrying out at Marjory Stoneman Douglas High School a year ago “would be a bad idea,” but advises Miley to listen to Foster the People’s song “Pumped Up Kicks,” which is about a school shooting. It includes the lyrics: “All the other kids with the pumped up kicks/You'd better run, better run, out run my gun.”

The now-20-year-old touches on several topics, including the remote possibility he's released from jail one day and can have a family.

“I also want to know if you would be at my trial or [illegible]. I’m hoping you are because I really want to meet you and it would make me happy,” Cruz writes.

“I also was wondering if you’d be interested in marriage when the time comes. It won’t be for a long time, but would you be interested? I feel like we make a great family together. With lots of kids. I imagine it every day. That’s what’s keeping me strong,” he scribbles in another letter.

Cruz also talks about “long-lasting” love, describing it as “love that will last forever even when I’m gone…To be honest with you, I think it will never happen.”

Cruz asks Miley if she wants to have children one day.

“I really want kids. I think of it all the time, you know the joy they bring,” he writes. “Do you want children? I want 3 boys and girls. Maybe more LOL. The boys’ names will be Kalashnikov, Makarov and Remington,” in reference to types of guns. 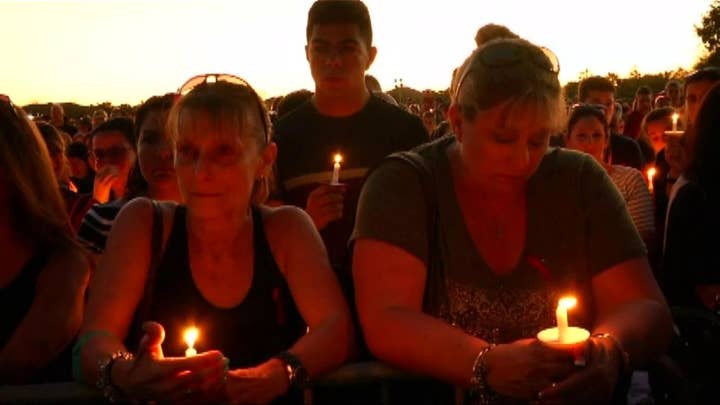 The accused killer, despite talking about life after prison, reflects on death and being sentenced to the death penalty. He describes death as a “forever darkness or a flash of light.”

“I wish life for me could have been different but it’s not. And a part of me is wishing it ends. End with the death [penalty], letting someone inject me with longlast sleep. It's kind of what I want but I’m unsure of myself so I’m just letting people save me from myself, saving me from something that I can never return from,” he writes.

He writes in another letter: “I’ll never be loved and I’ll die alone.”

Cruz talks about supporting the Second Amendment and Florida Gov. Ron DeSantis in the 2018 election.

“I can’t spell his name, but I know he’s Republican and I’m voting for him. I believe if we get a Democratic governor, he will take away our rights, and hope that won’t happen,” he says.

“I put my heart out to these victims and to the shooter because I believe they need all the support they can get,” he writes, according to WSVN.

It’s unclear if Miley wrote letters back to Cruz.

Cruz's trial is tentatively scheduled for early next year, but no date has been set. Prosecutors are seeking the death penalty against Cruz, but his lawyers have said their client will plead guilty in exchange for a life sentence.