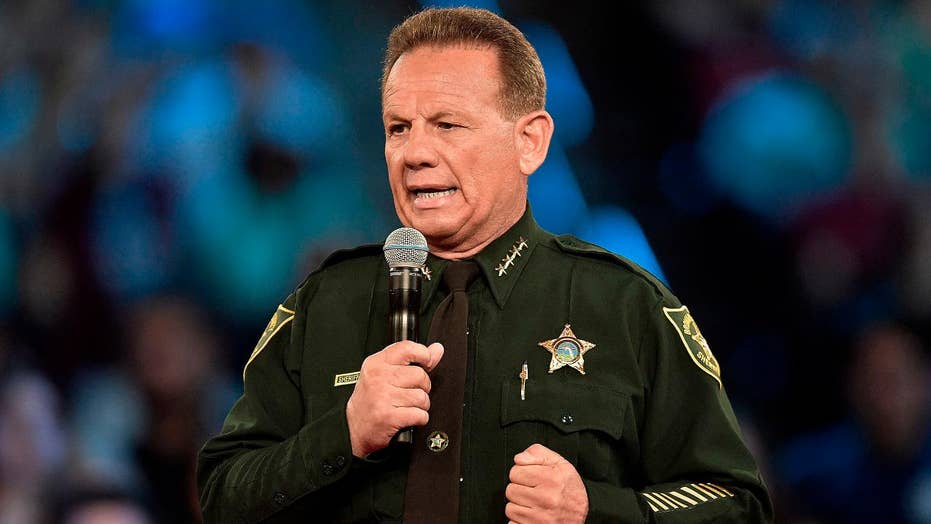 "Sheriff Israel has repeatedly failed and has demonstrated a pattern of poor leadership," DeSantis said in a statement.

"He failed to protect Floridians and visitors during the tragic Fort Lauderdale International Airport shooting in 2017. He failed in his duties to keep our families and children safe during the devastating shooting at Marjory Stoneman Douglas High School on Feb.14, 2018," the statement read. "These incidents demonstrate Sheriff Israel’s repeated incompetence and neglect of duty. The families of the victims deserve accountability. It is my job as governor to ensure that the safety of our local communities, especially the safety of our children, is paramount. Government officials must be held accountable for their actions, and/or inactions.

"For these reasons, I am suspending Sheriff Israel from office effective immediately.”

DeSantis later tweeted that he was suspending Israel for "his repeated failures, incompetence and neglect of duty."

DeSantis formally announced the appointment of Gregory Tony as sheriff. Tony, a former Coral Springs Police sergeant, will be Broward County’s first African-American sheriff, according to a statement released by the governor.

“It is my intention to embark on this enormous task to restore the confidence of families and residents of Broward County toward the Broward Sherriff’s Office, which also requires that I fix the problems that exist," Tony said.

Seventeen people were killed in the shooting at Marjory Stoneman Douglas High School in Parkland. The suspect was identified as Nikolas Cruz.

Calls for Israel to resign came shortly after the deadly shooting unfolded and in April, the Broward Sheriff's Office Deputies Association voted "no confidence" in him. The association cited the national criticism surrounding Israel and his office following the shooting.

Minutes after DeSantis' announcement, Israel said he would fight the suspension.

"There was no wrongdoing on my part. I served the county honorably," he said. "False narratives," Israel claimed, are continuing "but not in a court of law. In a court of law, only the facts matter."

Israel said he "wholeheartedly" rejected the governor's order and would fight it in court, arguing that DeSantis was making a "power grab" against the will of the county's people who elected him.

Under Florida law, the governor can suspend elected officials for criminal activity, misfeasance, incompetence or neglect of duty. Israel's lawyer, Stuart Kaplan, said this week the sheriff did nothing warranting removal and his future should be left to Broward voters in the 2020 election.

Israel had been sheriff six years.