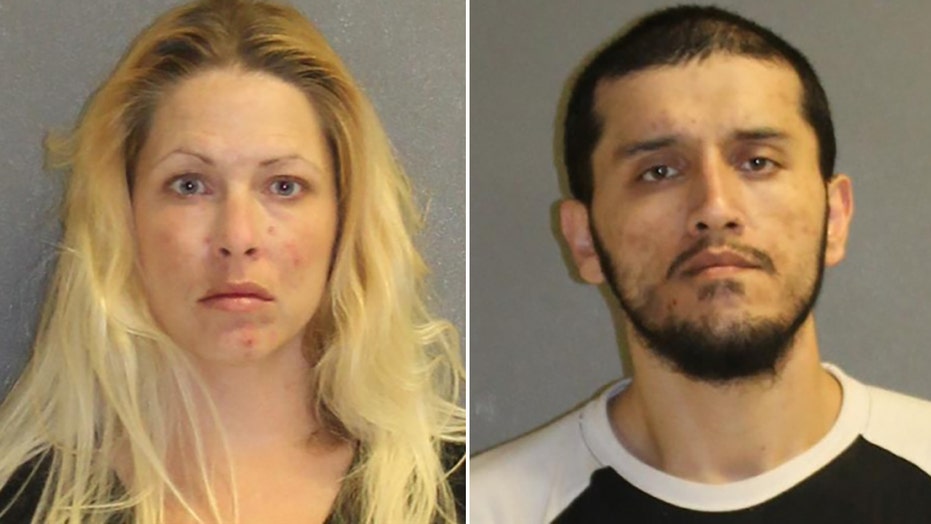 A Florida woman and her boyfriend were arrested last week for scamming an 82-year-old veteran out of his life savings to fuel their drug habit after the man told a crisis line he wanted to kill himself over his empty bank account, authorities said.

Jessica Henry, 31, and Gregory Dushan, 28, coerced more than $50,000, along with property, from the U.S. Coast Guard veteran, DeLand police said in a news release. The couple allegedly spent more than $500 of the money on drugs daily.

The 82-year-old victim called the Veterans Crisis Center and told the agency that his bank account had a negative balance and he felt the only solution was to end his life, the release said. The center immediately called police.

Henry and Dushan allegedly spent $500 per day of the stolen money on drugs. (DeLand Police Department)

The victim, who hasn’t been identified, told officers that he first met Henry about three years ago. He started giving the woman money after she claimed she wasn’t able to feed her children and didn’t have transportation to take them to school, the release said.

Henry contacted the victim again six months ago, claiming she needed $350 a day to pay for urine tests as part of her probation for a recent arrest, WKMG-TV reported, citing an arrest report. Dushan, pretending to be Henry's probation officer, also called the victim daily to demand between $150 and $1,000.

Dushan threated to seize the victim’s car and throw him in jail if the demands weren’t met, police said. The veteran eventually gave his car to Dushan. Police said they have since recovered the vehicle.

Henry and Dushan were charged with exploiting an elderly person between amounts of $20,000 and $100,000. Dushan was separately charged with impersonating a correction/probation officer. The couple could face more charges, police said.

A DeLand police spokesman told WKMG that the department is looking into ways to help the 82-year-old, who has been unable to pay his rent because of the incident.