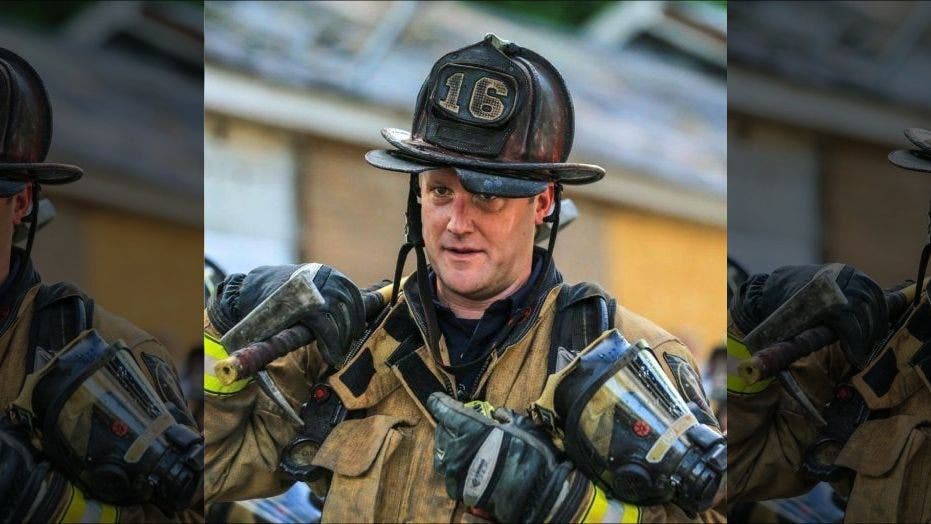 A Georgia firefighter faces a suspension this week for attempting to save an elderly woman from her burning Atlanta home last June.

Fire Captain Daniel Thomas Dwyer was assigned to the search team as other firefighters were attacking the blaze, but he decided to risk his life to rescue 95-year-old Sallie Skrine from the burning building, according to WXIA-TV.

He reportedly abandoned fire policy by entering the home. Inside he found Skrine unconscious on the dining room floor and got her out, but Dwyer and other fire personnel couldn't revive her, the station said.

A "notice of final adverse action" complaint said the firefighter will be suspended four days because of the heroic decision that broke protocol. He is able to return on Feb. 19, according to WXIA-TV.

"You entered the structure without your crew members which is in immediate conflict with no freelancing, accountability, and maintaining crew integrity," the complaint said.

Fire union head Paul Gerdis said Dwyer believed that every second counted, so he made the "split-second" decision to go in, the station reported.

"[The suspension] sends the wrong message," he added.

Dwyer is reportedly appealing the suspension signed by Atlanta Fire Chief Randall B. Slaughter. In a statement, his commander said the suspension was "designed to encourage safety and order."

"It also seeks to establish clear expectations in both emergency and non-emergency situations. At this time it would be inappropriate to publicly discuss individual disciplinary cases that have not been totally resolved. The City of Atlanta has a process in place where each employee is afforded the opportunity to appeal proposed adverse disciplinary actions with the Civil Service Review Board, he said, according to WXIA-TV.

The fire command also ordered his pay docked 48 hours, according to FOX 5 Atlanta.