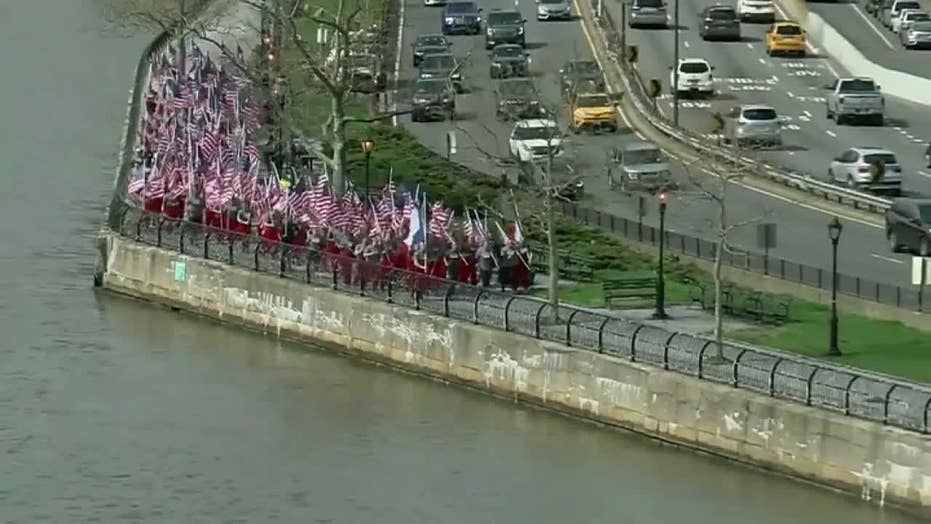 New York probationary firefighters carried both American and French flags Wednesday during their final Spirit Run before their graduation in tribute to the firefighters who battled the horrible fire of Notre Dame Cathedral in Paris on Monday.

The New York Fire Department wrote on Twitter: “#FDNY Probationary Firefighters carry American and French flags in their final Spirit Run before graduation as a show of solidarity and support for @PompiersParis, who deployed 400 Firefighters to bravely battle the fire at Notre Dame earlier this week.”

Firefighters acted as fast as they could to save the cathedral, an 850-year-old architectural treasure. Much of the main structure stayed intact, although the historic spire toppled in the flames.

No one was killed in the fire after firefighters and church officials speedily evacuated those inside.