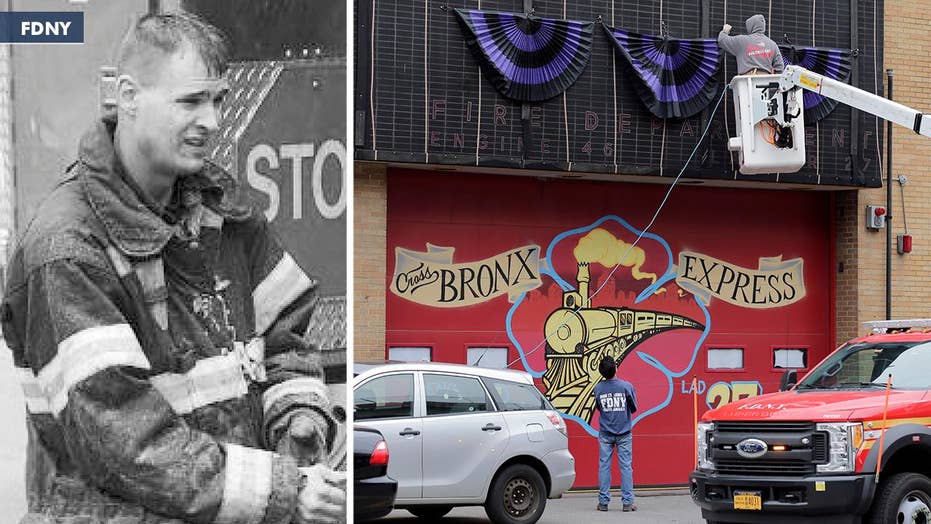 N.Y. firefighter, Marine and father of three Christopher Slutman is remembered as a hero by Ladder Company 27 and the Uniformed Firefighters Association.

Two New York City firefighters remembered their colleague Christopher Slutman, who was one of three U.S. Marines killed this week in Afghanistan, as selfless and devoted to his family and country.

Appearing on “Fox & Friends,” New York City firefighters Bobby Eustace and Gerard Fitzgerald said Slutman, who was 43, was committed to serving both as a city emergency responder and as a Marine.

Slutman, a 15-year FDNY member, was killed by a roadside bomb Monday. He leaves behind his wife, Shannon, and three daughters.

“He was a great man, a man of integrity,” Eustace said. “He was what every man should aspire to be…He put the maximum effort in everything he did.”

Slutman was honored five years ago for rescuing a woman from a burning high-rise while serving with the Fire Department of New York, the city’s mayor and fire commissioner said on Tuesday. In 2014, Slutman received a medal for pulling an unconscious woman from a high-rise apartment fire in the Bronx.

New York firefighter Christopher Slutman, a 15-year member of the Fire Dept. of New York, was among three American service members killed by a roadside bomb in Afghanistan on Monday. (Fire Department of New York via AP)

Slutman and fellow firefighters “forced open the door to the fire apartment and were met with a high heat condition and dense, black smoke, from floor to ceiling,” the department said when his medal was awarded. They crawled along the apartment floor, and Slutman found the woman in a bedroom. He and another firefighter “dragged the woman past the fire” to emergency medical workers.

Slutman saved the woman “at peril to himself,” a battalion chief wrote in endorsing his honor.

Slutman was the fourth FDNY member to die while serving in Iraq or Afghanistan since 2003, the city said. The Pentagon identified the two other Marines killed as Cpl. Robert A. Hendriks, 25, of Locust Valley, New York, and Sgt. Benjamin S. Hines, 31, of York, Pennsylvania. 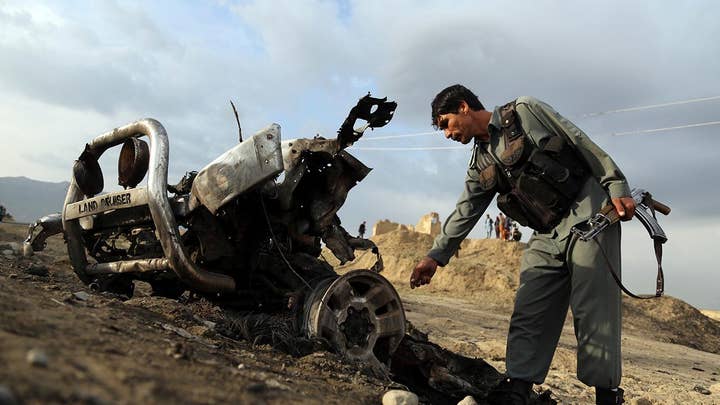 “He was a passionate man, a humble man, he was a go-do-your-job kind of man.”

Monday’s U.S. fatalities bring to seven the number of U.S. soldiers killed so far this year in Afghanistan, underscoring the difficulties in bringing peace to the war-wrecked country even as Washington has stepped up efforts to find a way to end the 17-year war, America’s longest.