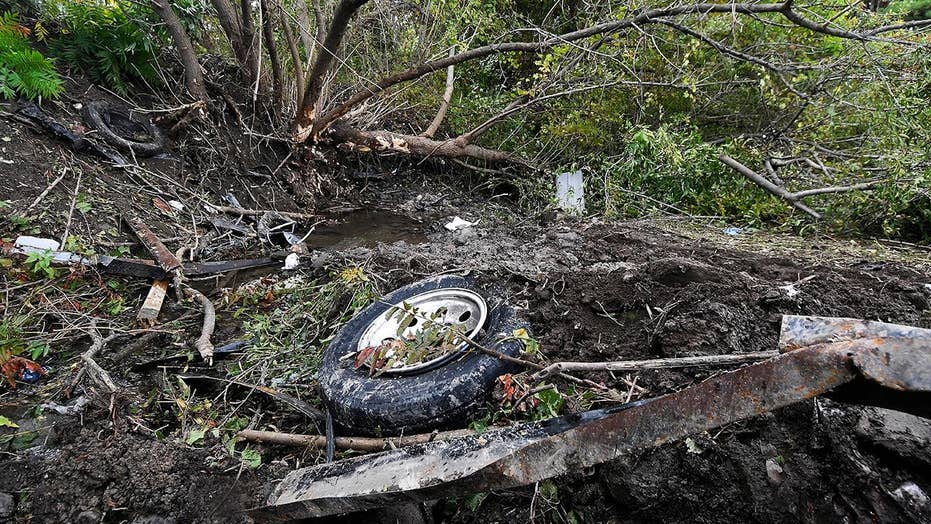 State records show the limo company failed multiple inspections and the driver did not have the proper license ahead of the accident that killed 20; Bryan Llenas reports from New York.

The parents of one of the victims of a limousine crash that killed 20 people in upstate New York last month filed a lawsuit on Monday against the car’s operators, noting gross negligence in putting the “dangerous and defective” vehicle on the road, according to multiple reports.

Amanda Rivenburg, 29, was among 18 people in the limousine that barreled through a stop sign at the bottom of a hill and crashed into a ravine in rural Schoharie, New York on Oct. 6. Two pedestrians also were killed.

Rivenburg lived in the Albany area and worked for a nonprofit that helps people who have disabilities.

The lawsuit, the first filed since the tragedy, seeks unspecified damages in state court from Prestige limousine service owner Shahed Hussain and his son Nauman Hussain.

Nauman Hussain has pleaded not guilty to a charge of criminally negligent homicide. State police have said Shahed Hussain is in Pakistan.

Limousine service's past legal problems in the spotlight after deadly crash in New York; Bryan Llenas reports on the latest.

The lawsuit, as ABC 7 reported, claims that limousine operators kept it on the road after it failed inspection for brake problems and other issues. A windshield sticker placed on the limousine by state transportation officials deeming the vehicle “unserviceable” was removed before the accident, according to the lawsuit.

The lawsuit seeks damages “based on the grossly negligent, willful misconduct and complete indifference exemplified by the defendants and their conscious disregard to the health and safety of the patrons.”

A lawyer representing the Hussains said she had no comment on the pending litigation.

National Transportation Safety Board Chairman Robert Sumwalt said it was the deadliest transportation-related accident in the U.S. since February 2009, when 50 people were killed after a Continental Airlines regional flight crashed into a house near Buffalo, N.Y., as Fox News previously reported.

Local officials had said the intersection was dangerous, with the potential to cause a deadly crash. Schoharie Town Supervisor Alan Tavenner told the Times Union of Albany that transportation officials attempted to make the intersection safer about seven years ago.

“There have been tractor trailers that have come barreling down that hill and it was a miracle they didn’t kill somebody,” Tavenner said.

“I honestly think it was a more dangerous intersection than it was before,” he told The New York Times.

“We’ve had three tractor-trailer type vehicles — they come down that hill too fast, they go through our parking lot and they end up in a field behind our business,” Kirby said.