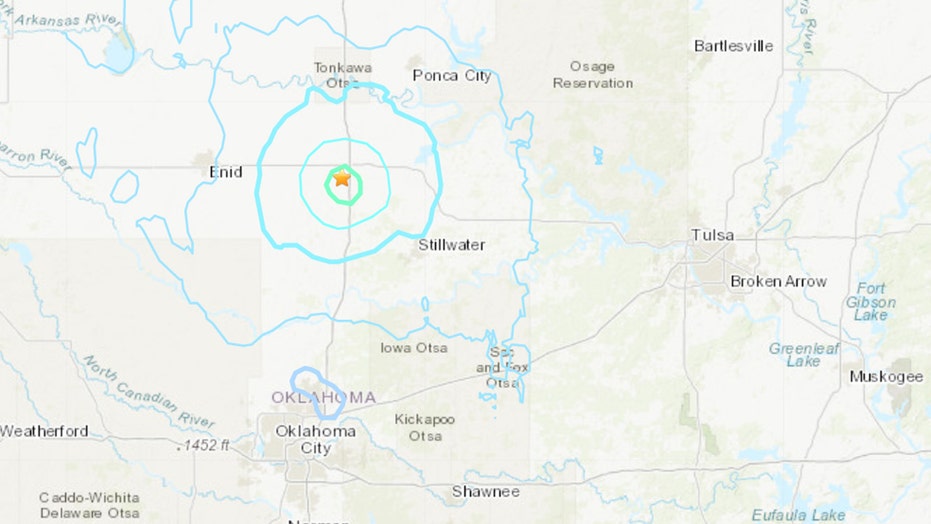 An earthquake in northern Oklahoma on Saturday night rattled the entire state, including in Tulsa just after President Trump finished his return to the campaign trail before thousands of supporters.

The temblor was about 4.8 miles deep, with impacts being felt around the state.

Over 200 people reported the quake to the USGS, according to FOX25.

The National Weather Service (NWS) office in Tulsa said on Twitter that its staff felt the tremor in its Tulsa office, and the earthquake generated social media buzz after Trump's appearance.

Saturday night's quake was the largest recorded earthquake in Oklahoma since a magnitude 4.4 quake in May 2019.

Thousands of earthquakes have been recorded in Oklahoma in recent years, with many linked to the underground injection of wastewater from oil and gas production.

Regulators have directed producers to close some injection wells.