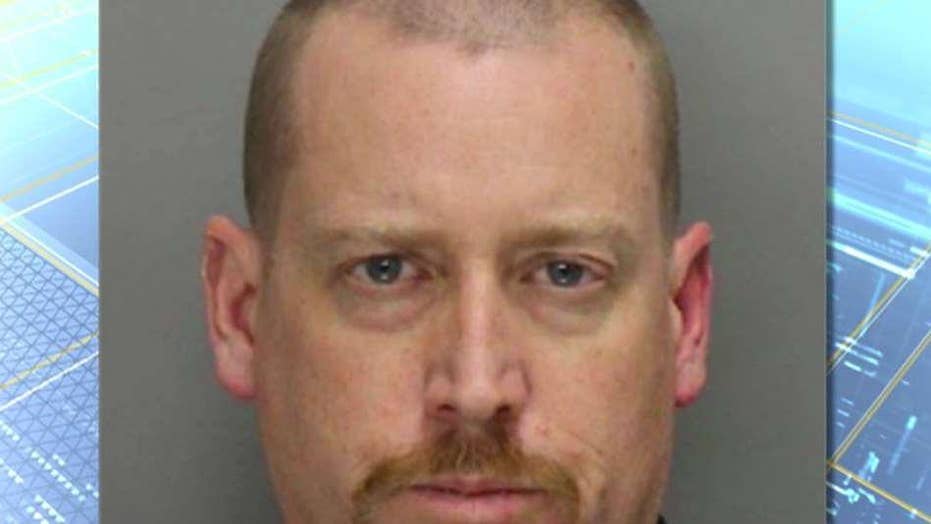 Nationwide manhunt for disbarred attorney accused of stabbing his mother to death, stealing her car

44-year-old Richard Merritt was supposed to surrender for a 15-year prison sentence for other crimes; Steve Harrigan reports from Atlanta.

A disbarred Georgia attorney wanted for murdering his mother has been caught in Tennessee after seven months on the lam.

Federal authorities tracked down Richard Merritt, 44, to Nashville, where he was arrested Monday, according to reports.

Merritt, who was the subject of a nationwide manhunt, changed his appearance by growing his hair out, FOX5 Atlanta reported.

Merritt was convicted in January of defrauding several clients by settling their lawsuits without telling them and then using the settlements on personal expenses such as vacations and sports cars.

After being sentenced to a 15-year prison sentence the judge allowed him to remain free for two weeks to get his affairs in order.

Instead, he cut off his ankle monitor and fled the state.

When police on Feb. 2 went to his mother's home in Stone Mountain, Ga, where he lived, they found her dead. Shirley Merritt had been stabbed.

After Merritt disappeared his brother urged him to turn himself in during a TV interview about the case.

"You need to face the consequences of the criminal behavior that you were sentenced for on the 18th of January and now you certainly need to be held accountable for the brutal murder of our mother," Robert Merritt said.