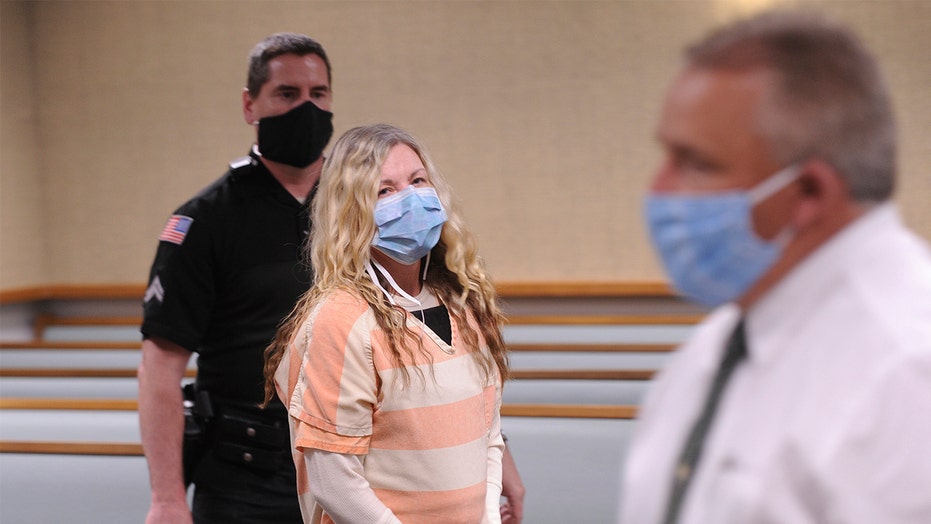 The older brother of “cult mom” Lori Vallow died of a blood clot five months after killing her estranged husband in a shooting he claimed was self-defense, an Arizona autopsy found.

The autopsy was conducted after Alex Cox was found dead in December in the bathroom of his Mesa home at the age of 51.

In July, Cox fatally shot his sister’s estranged husband, Charles Vallow, in a shooting that Arizona police said was preceded by a physical confrontation between the two. He was not arrested.

Tylee Ryan, 17, holds her brother JJ Vallow, 7, at Yellowstone National Park on Sept. 8, the last day she was seen. In the background is their uncle and Lori Vallow's brother Alex Cox. (FBI)

On Friday, the Maricopa County Medical Examiner’s Office issued a report saying Cox died of a blood clot in his lung and heart disease.

“Rampant rumors of evil plots and conspiracy robbed the family of their time to grieve the loss of their husband, son, brother, and uncle,” Cox’s wife, mother, sister, and niece said in a statement issued through an attorney, according to the East Idaho News. “Even so, the family finds comfort in the medical examiner’s finding that Alex Cox died of natural causes.”

Lori Vallow, 46, was arrested in Hawaii in February on child abandonment charges in the disappearance of her children JJ Vallow, 7, and Tylee Ryan, 17.

Idaho police said the children were reported missing in September and that Vallow has refused to help them find them.

She remains behind bars in Idaho in that case li lieu of $1 million bail.

Vallow is also under investigation in the death of Tammy Daybell in Idaho, according to reports last month.

Prosecutors said she married the woman’s husband, Chad Daybell, 51, shortly after the death. He is also under investigation in his wife's death, according to the reports.

Vallow’s case has drawn international headlines, and her family has accused her of being part of a cult with Daybell, the author of more than a dozen self-published doomsday novels.

Divorce documents Charles Vallow filed before his death say Vallow reportedly believes she is “a god assigned to carry out the work of the 144,000 at Christ’s second coming in July 2020,” The Associated Press reported.