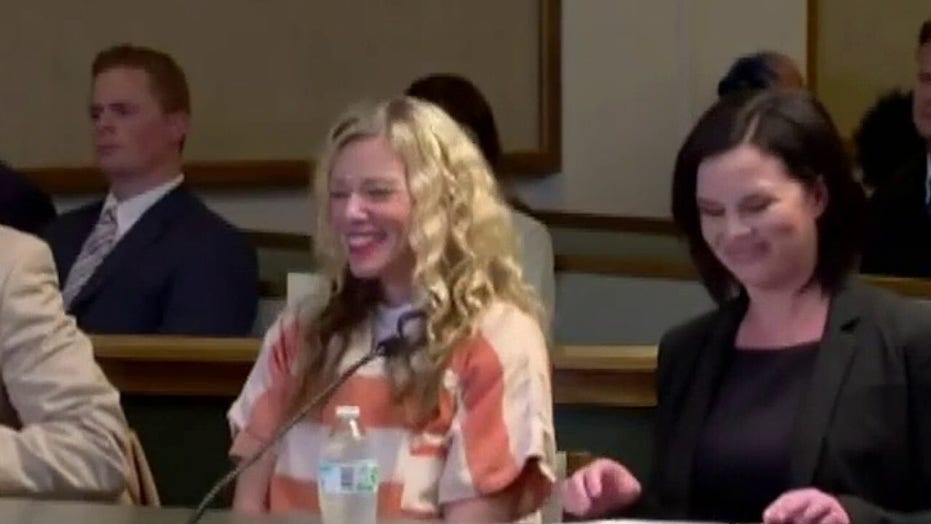 Newly obtained emails alleged “cult mom” Lori Vallow had asked her future husband and doomsday novel author Chad Daybell to judge the “light” and “dark” spirits in her family members, including her since-killed fourth husband and two now-missing children -- almost a year before their disappearance.

Daybell emailed Vallow on October 30, 2018. It read: “Here are the family history documents you requested.” The email had several attachments, including a rubric which graded the levels of “dark” and “light” spirits in several of her family members, Fox 10 Phoenix first reported this past Friday.

Tylee Ryan, 17, and Joshua “JJ” Vallow, 7, who have both been missing from Idaho since September, were included on the rubric.

Within weeks of Chad Daybell’s first and former wife Tammy’s mysterious death, and a month after Vallow’s children were last seen alive, the couple tied the knot in Hawaii before returning to Idaho. They left the state again in November, shortly after investigators came to perform a welfare check on JJ.

Last week, a judge in Rexburg denied Vallow’s motion to have her bail reduced a second time amid the coronavirus pandemic. She has been charged in the disappearance of her two children and was being held on $1 million bail. Initially, the bail was $5 million.

An unnamed source told Fox 10 that Daybell believed people were reborn, or graduated, to the next level when they died. His rubric graded Tylee as a level 4.1 dark spirt. JJ was listed as a 4.2 light spirit. Daybell said those graded “4.1 and above have made covenants to their side. They rarely switch sides.”

Vallow’s third husband, Joseph Ryan, who was Tylee’s father, was listed as a dark spirit who has been “sealed away.” Ryan died in 2018 from an apparent heart attack in his Arizona apartment and was cremated. He and Vallow had divorced, and the two parents relocated from Texas amid a contentious child custody battle over Tylee around the time of his death, his sister and Tylee’s aunt, Annie Cushing, told KSL-TV in Salt Lake City, Utah.

Meanwhile, the rubric graded her fourth husband, Charles Vallow, a level 3 light spirit with roots in “1700s London.” Vallow’s brother, Alex Cox, was ranked a level 2 light spirit. Cox shot Charles Vallow to death in Arizona in July, claimed self-defense and was never arrested before his own unexpected death in December.

In February 2019, Charles Vallow filed for divorce, claiming in court documents that he feared his wife would kill him and that she’d developed strange, doomsday-cultlike beliefs, reportedly calling herself “a god assigned to carry out the work of the 144,000 at Christ’s second coming in July 2020.”

After his death, Lori Vallow moved from Arizona to Idaho with her two underage children, presumably to be closer to Daybell. The Idaho attorney general’s office announced last month that both Vallow and Daybell were under investigation in connection to Tammy’s death.

Daybell’s first wife of nearly 30 years, and mother to their five adult children, died unexpectedly in their Idaho home. Investigators initially said she died of natural causes. By December, they exhumed her body to perform an autopsy, ruling the death “suspicious.” The results have not been released.