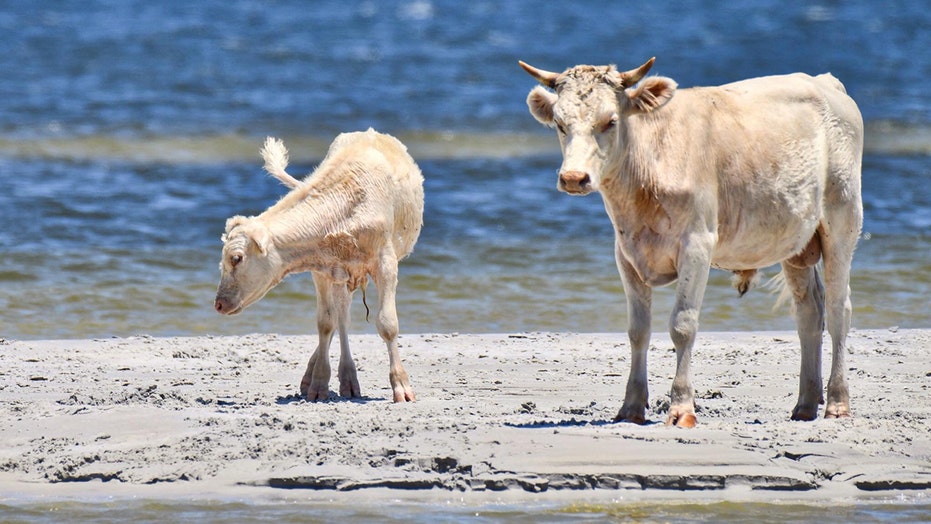 A trio of cows that were feared dead after being washed away by Hurricane Dorian’s storm surge back in September have been found alive on North Carolina’s Outer Banks.

Three cows were spotted near Cape Lookout this month after officials with the Cape Lookout National Seashore said they likely ended up there after swimming up to 5 miles to get to the shore.

Pictures of the cattle taken before Hurricane Dorrian made landfall on Sept. 6. (Rhonda Hunter Photography)

The animals belong to a herd that roamed freely on Cedar Island just across the sound before an 8-foot storm surge washed them and dozens of other animals away in early September. At least 28 wild horses died after drifting too far into the Atlantic.

The hurricane hit the Outer Banks on Sept. 6 as a Category 1 with winds at nearly 100 mph

Park spokesman B. G. Horvat said that the cows are grazing off the land but will likely be sedated before being brought back to Cedar Island by boat, the Charlotte Observer reported.

Three cows were spotted near Cape Lookout this month after officials with the Cape Lookout National Seashore said they likely ended up there after swimming up to five miles to get to the shore.  (Rhonda Hunter Photography)

The first cow was found the day after the storm on Sept. 7 but the two other younger cows were found three weeks later, Horvat said according to the New York Times.

“Ever since they found each other, they have been hanging out together,” he said.

Whoever owns the animals will have 30 days to claim them before the park deals with the removal process.