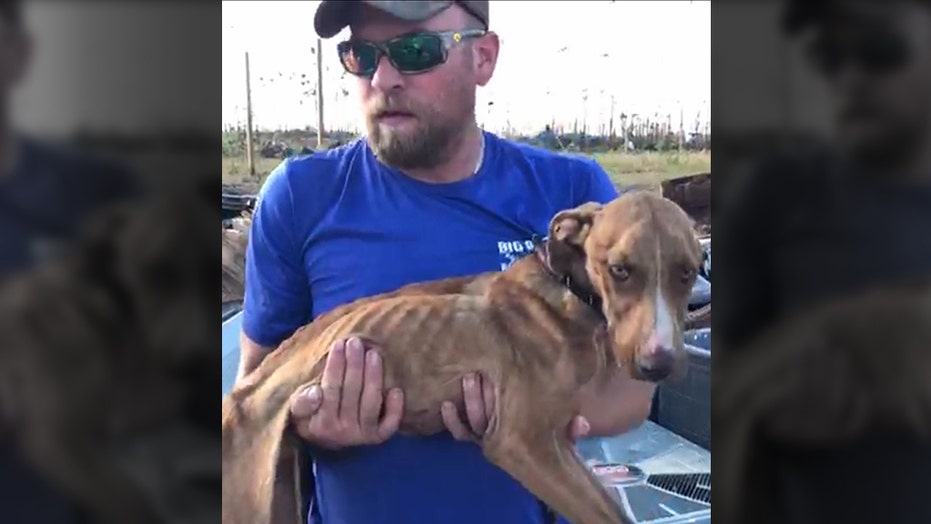 A special little pup that was trapped for weeks in the rubble of Hurricane Dorian in the Bahamas miraculously survived, rescuers said, earning the animal a new nickname, "Miracle."

Using infrared technology on a drone, Big Dog Ranch's search and rescue team managed to find the dog buried under an air-conditioning unit in Marsh Harbour, on the Abaco Islands, after it was trapped for over three weeks, WPTV reported.

“What an incredible story that we were able to discover this dog alive after being trapped for so long," Big Dog Ranch Rescue Founder and President Lauree Simmons said.

Another dog that was trapped with Miracle did not survive.

Big Dog Ranch Rescue, an animal-rescue service based in Loxahatchee Groves, Fla., reportedly has saved 138 dogs from the Bahamas since Hurricane Dorian tore through the area in September, reuniting many of those animals with their owners. Once detecting a heat signature, rescue teams said they could work through the rubble to reach the missing canines.

When Big Dog crews received information regarding the whereabouts of "Miracle" on Friday at 9:30 a.m., they texted Simmons requesting a plane, which ended up being there within the hour, she told the outlet.

They decided to name the lucky dog "Miracle" because "it's truly a miracle that he survived this long on his own," Simmons said.

She said a veterinarian gave "Miracle" fluids and small amounts of food before the dog was cleared to head back to the United States.

Simmons added that many dogs remained trapped because they're too fearful to come out due to heavy equipment in the cleanup areas.

"I want everybody to know the crisis [in the Bahamas] is not over," Simmons told WPTV.

"Hopefully, we can find his owners. If not, we'll find him a wonderful home," she added.