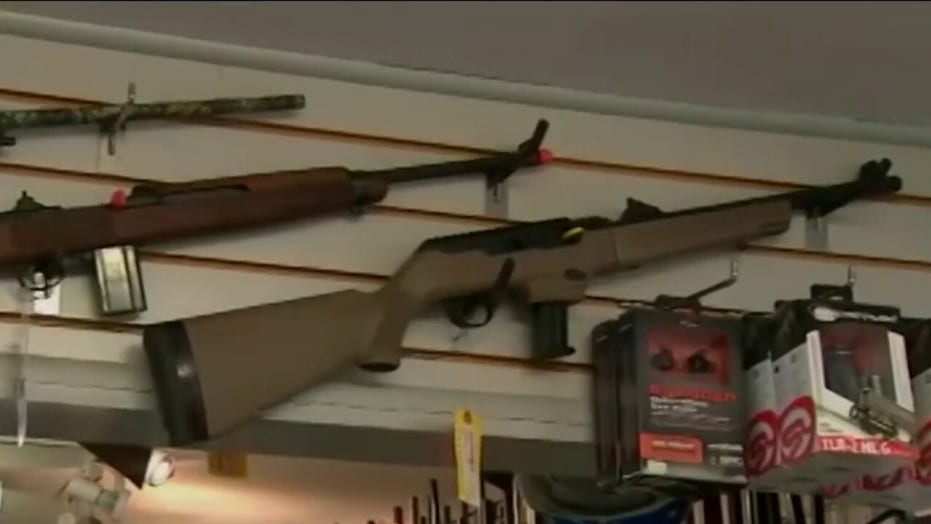 The FBI says background checks surged to a near record of 3 million in February; national correspondent William La Jeunesse reports from Los Angeles.

The coronavirus pandemic may be fueling a buying frenzy of guns and ammunition nationwide, but a sheriff in California is ordering all gun stores in his county closed, calling them non-essential businesses.

Gun stores nationwide have had long lines this month of customers worried about possible social unrest amid the COVID-19 pandemic.

"There’s a lot of unknown. Family first and friends," Brian Thompson told FOX11 earlier this month in a line outside of LAX Ammunition in Los Angeles. "I know what I have in my house and somebody might want to take that. I’ve been robbed before and who says that people aren’t going to start robbing for food? And that’s scary."

There was a 34 percent uptick in background checks through the universal FBI system in February, processing almost 3 million. In January, as the COVID-19 virus garnered international attention after originating in Wuhan, China, checks increased about 25 percent, according to the most recently available data reviewed by Fox News.

In an effort to halt the spread of coronavirus, the Golden State has issued a sweeping order for residents to "stay at home," which prohibits gatherings outside and requires nonessential businesses to close.

Gun stores have seen long lines as fears as grown over the coronavirus pandemic. (FOX11)

The sheriff of the nation's most populated county said Monday that gun stores will no longer be allowed to stay open.

“We will be closing them, they are not an essential function,” Los Angeles County Sheriff Alex Villanueva told FOX11.

“I’m a supporter of the Second Amendment, I’m a gun owner myself, but now you have the mixture of people that are not formerly gun owners and you have a lot more people at home and anytime you introduce a firearm in a home, from what I understand from CDC studies, it increases fourfold the chance that someone is gonna get shot," Villanueva added.

Los Angeles County Sheriff Alex Villanueva told FOX11 on Monday that gun shops in the county will be forced to close because they are not an essential business. (FOX11)

The sheriff previously has expressed concerns about weapons falling into the wrong hands as children are home from school.

“We have to make sure if you have one in the home that you secure it safely,” he told FOX11 earlier this month. “That it’s locked and inaccessible, not just for kids but prohibited persons, those who suffer from mental illness, convicted felons and so forth.”

To dispel concerns by some, Villanueva said that he's adding 1,300 deputies to patrol, doubling the current number of officers on the street. 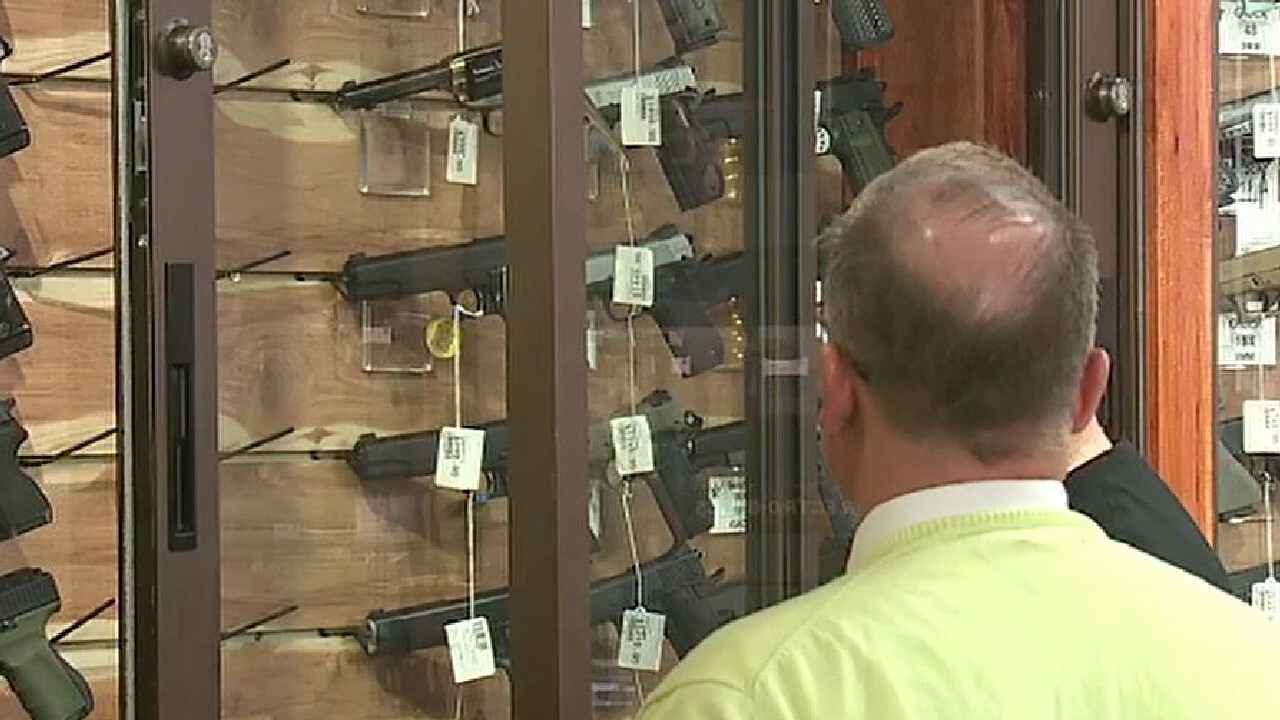 While the sheriff has released 10 percent of the inmate population to prevent the spread of coronavirus in jail, the sheriff stressed that those released were nonviolent offenders who had misdemeanor sentences up within 30 days.

“We’re gonna keep violent felony suspects who are a threat to the community in the jail no matter what,” Villanueva told FOX11. “Anybody who has an idea that somehow we’re not going to be hard on crooks out there on the streets, they’re tragically mistaken, there’s twice as many deputies on the street now so the odds of you getting caught are a lot higher.”

As of Tuesday morning, there are 2,220 confirmed coronavirus cases in California and at least 43 deaths.