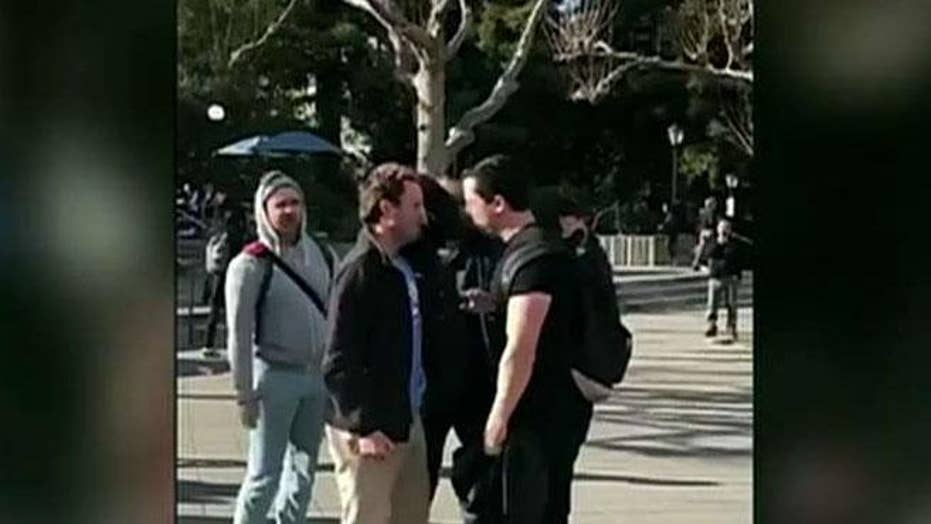 The incident, which was captured on a cell phone, occurred as the activist, Hayden Williams, was manning a recruiting table for Turning Point USA, a conservative organization.

On Friday, the university police announced that they had identified a suspect, adding that he was not a student or affiliated in any way with the university. But the announcement did not name the man, whose face was clearly captured on video.

“This is really surprising,” Charlie Kirk, the founder and executive director of Turning Point USA, told Fox News Tuesday. “From what I understand there’s been no arrest. I don’t understand why there’s no public arrest file on this guy. If he had been wearing a Make America Great Again hat and had punched a liberal in the face there’d be nationwide outrage and a manhunt to find him. The whole thing is crazy.”

On Tuesday, the media relations office for UC-Berkeley told Fox News there were no updates in the case. The UC-Berkeley police department website’s most recent update is from Friday. After several efforts to contact the public information officer for the police department, Fox News was told he was out sick, and that there were no updates to report. 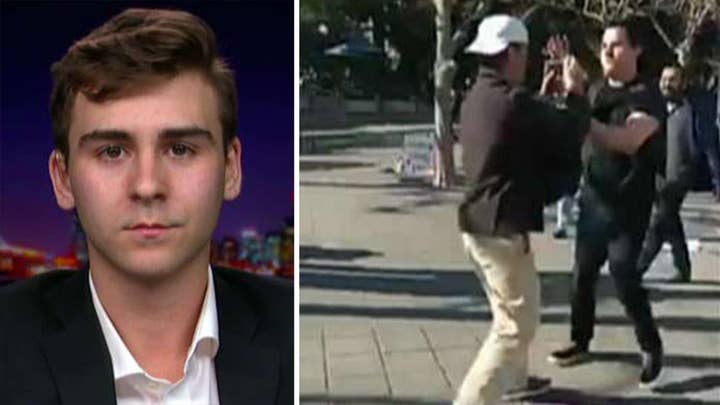 Williams, who is not a student, was manning the recruitment table but is not a member of Turning Point USA. He is a campus representative for the Leadership Institute, a conservative organization. Williams told Fox News last week that he filed a police report immediately after the incident and that he was asked to go to the police station last Friday to see some photos. Fox News was unable to reach him on Tuesday.

Alex Szarka, a Berkeley junior who told Fox News he was walking on campus last week when he saw the altercation and decided to videotape it, said he is dismayed by the lack of the release of a suspect’s name.

“His face is so widely shown,” Szarka said to Fox News on Tuesday. “It’s been everywhere. Even if they did find him, I wonder if they’re just keeping it under wraps, it’s such a politically charged issue.”

The campus police website said that two men on February 19 approached a table where Williams was recruiting members, and an argument ensued. Williams held up his cell phone and began filming the two men who were allegedly harassing him. One of the two men knocked over the table, police said, and then punched Williams several times, causing injuries to his face. Much of the incident was captured on Szarka's cellphone. The two men who had approached Williams were gone by the time police arrived.