Hayden Williams, 26, who was assaulted while helping recruit conservatives at U-C Berkeley, told Fox News that places of higher learning are aggressively hostile to diversity of thought.

“I can tell you firsthand, over the past few months I’ve been doing this, and this is a very disturbing trend at multiple universities across the country,” he said Monday on “The Todd Starnes Show” about the xenophobia that conservatives are experiencing on college campuses.

Two men last Tuesday approached his table at the University of California, Berkeley where the activist was recruiting members to the conservative group Turning Point USA, although he is not a member himself. An argument ensued and Williams held up his cell phone and began filming the two men who were allegedly harassing him.

One of the two men knocked over the table, police said, and then punched Williams several times, causing injuries to his face. Much of the incident was captured on a witness’ cellphone. 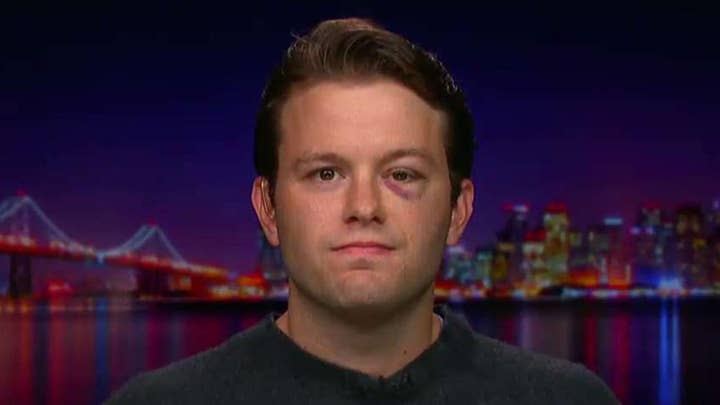 Berkeley police told Fox News Monday afternoon that there is no new information to report.

Williams reiterated that he will not be intimidated into staying quiet about his conservative views, and will continue being an advocate dedicated to traditional beliefs and values.