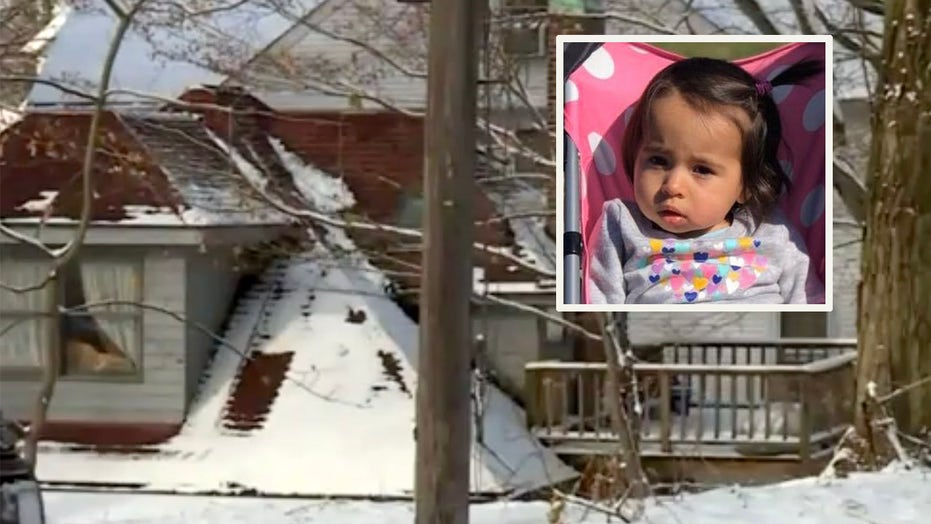 Police in Connecticut have issued an Amber Alert for a 1-year-old girl missing from a home where a woman was found dead Monday night, as new information on the woman’s manner of death gave investigators cause to believe the child was “endangered.”

Ansonia Police initially issued a Silver Alert for Venessa Morales, but upgraded it to Amber on Wednesday after an autopsy report determined the woman’s cause of death was blunt force trauma and is being investigated as a homicide, Lt. Patrick Lynch said at a news conference.

Venessa was not at the home in Ansonia, located about 14 miles north of Bridgeport, when police performing a welfare check discovered the body of a woman, whose name and relationship to the child has not been made public. Police said the child should have been at the home.

Venessa was supposed to be at the home where a woman was found dead Monday night, police said. An Amber Alert was issued Wednesday as the dual homicide and missing persons investigations ramped up. (Ansonia Police Department)

“We are still following leads and information obtained has led us to believe an Amber Alert is necessary and an important tool in locating Venessa to bring her home safely,” Lynch said, without elaborating.

Lynch said Venessa is likely still in the state, but added that investigators currently have no suspects.

Police said they were called twice on Monday to perform a welfare check on the residents of the Myrtle Avenue home. The first call came from the victim’s employer, who said the woman didn’t show up for work and did not call in sick. The responding officer received no answer at the house.

CALIFORNIA AMBER ALERT FOR BOY, 2, AND FATHER CALLED OFF AFTER BODIES FOUND NEAR CAMPGROUND: POLICE

The second call came about six hours later when the victim’s family said they couldn’t reach her, FOX61 Hartford–New Haven reported. Police said that during the second welfare check, officers forced their way into the house and found a woman's body inside.

Ansonia Mayor David Cassetti told FOX61 that the woman found dead was Venessa’s mother, but police have said they were withholding her identity until the medical examiner could provide a confirmation.

The baby’s father, who sometimes stayed at the home, has been interviewed by detectives, but police didn’t say if he is considered a suspect. Lynch earlier said the father is cooperating with the investigation. The father’s name hasn’t been released.

Police have asked anyone with information to contact the department or the FBI tip line.

"This is not about punishing someone that may have her. This is about getting her and making sure she’s safe," Lynch said.