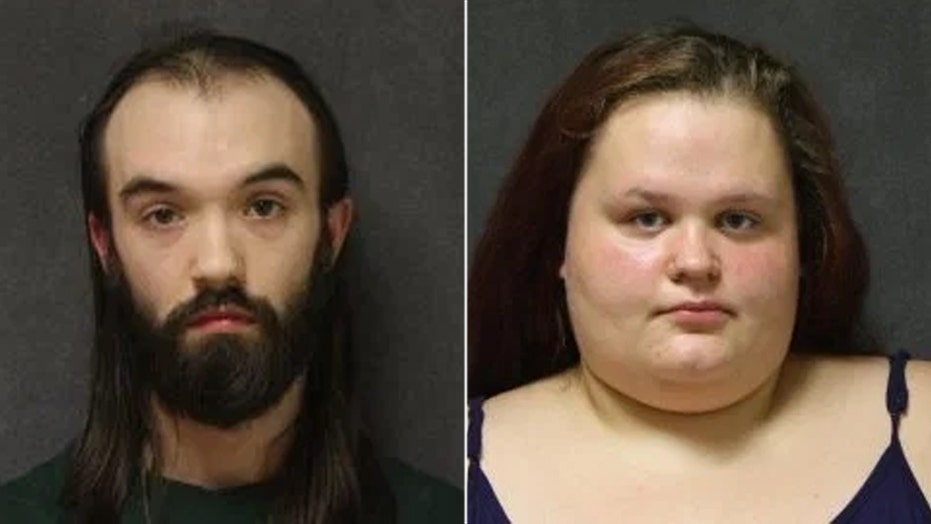 A Connecticut father and aunt were arrested on Wednesday after police said a two-year-old boy was found on a roof of a home.

The Ansonia Police Department said its officers they were called to a home at around 8:50 a.m. for a report of a toddler on the roof.

When officers arrived, they allegedly found the child about 30 feet above the ground.

An officer was able to talk to the child and keep him from moving around the roof, while a sergeant and another officer forced entry into the house to get the toddler off the roof, according to a news release posted on the Ansonia Police Department’s Facebook page.

The child's father, 23-year-old David Hustek, and the aunt, 20-year-old Sarah Barker, were inside the home at the time. Police said they claimed to have been sleeping and did not know the child was on the roof.

Police said the toddler did not appear to be injured but was taken to an area hospital as a precaution.

The department said the house was in “deplorable" condition and was condemned after city building officials were contacted. Ansonia is located about 12 miles northwest of New Haven.

Hustek and Barker were both charged with risk of injury to a minor and reckless endangerment. They are scheduled to be arraigned on Thursday.