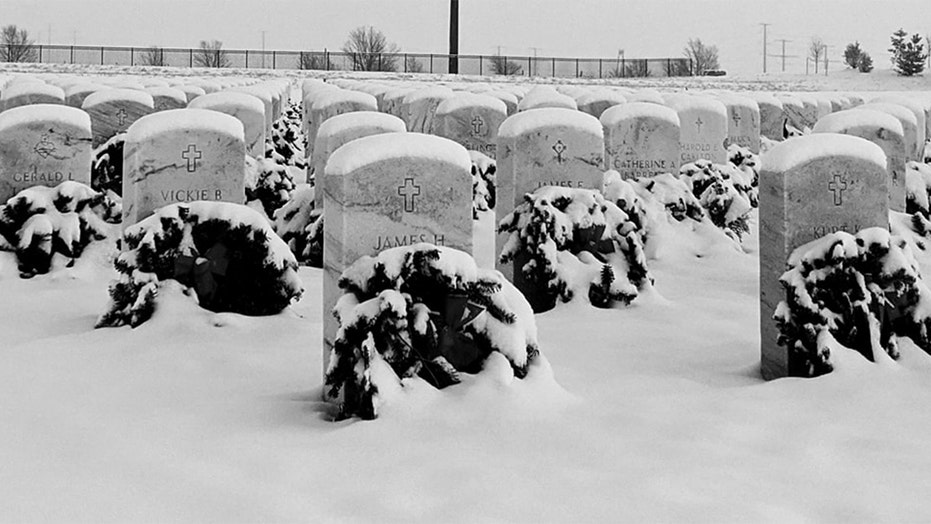 Hundreds of people refused to let a snowstorm keep them from laying to rest a Colorado veteran who would have had no mourners.

Clyde Baldwin served in the Air Force for 20 years from 1950 to 1970 -- a period that included the Korean and Vietnam wars, according to reports. He was 91.

His funeral was Friday in Colorado Springs. The large crowd answered a call from a local VFW post requesting their attendance because Baldwin's only relative -- a sister in Oklahoma  -- was unable to make it, Fox 21 Colorado Springs reported.

Baldwin, a decorated staff sergeant in the Air Force, wasn’t married and had no children.

“Weather conditions the way they were with people parked all the way out to Drennan and having to actually walk into the cemetery, it’s impressive to see that much support from the community,” Robert Aholt told the station.