A Colorado district attorney asked a judge on Monday to consider reducing the 110-year prison sentence of a truck driver for an explosive crash that killed four people in suburban Denver.

Prosecutors and attorneys representing 26-year-old Rogel Aguilera-Mederos were in court for a status hearing on Monday morning, when a re-sentencing hearing was set for Jan. 13, 2022, to consider the possible sentence change.

The 110-year sentence has drawn outrage from around the country and among truckers, with around 5 million people signing an online petition seeking clemency for him.

DOZENS PROTEST OUTSIDE COLORADO CAPITOL AGAINST 110-YEAR SENTENCE OF TRUCKER

Last week, District Attorney Alexis King said in a statement she would seek a term of 20 to 30 years in the 2019 wreck on Interstate 70 west of Denver — a sentencing range that reflects an "appropriate outcome" for Aguilera-Mederos' conduct.

"As the jury found, Mr. Aguilera-Mederos knowingly made multiple active choices that resulted in the death of four people, serious injuries to others, and mass destruction," King said.

In addition to the prosecution's request to lower the sentence, Aguilera-Mederos has requested clemency from Colorado Gov. Jared Polis.

District Court Judge Bruce Jones imposed the 110-year sentence against Aguilera-Mederos on Dec. 13 after finding it was the mandatory minimum term set forth under state law. 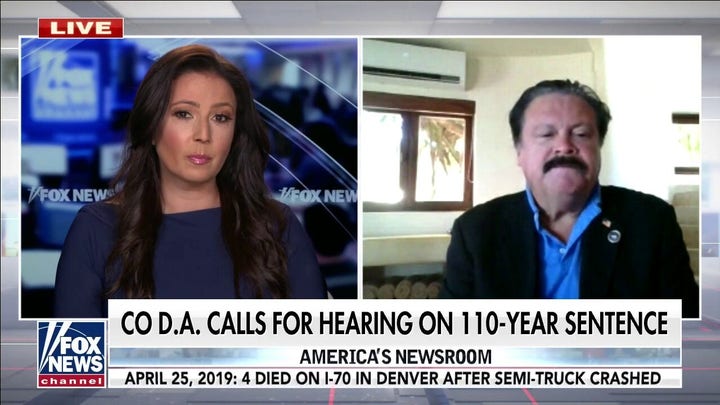 "I will state that if I had the discretion, it would not be my sentence," the judge said during the hearing.

Colorado law allows for sentences for crimes deemed violent to be modified in cases with "unusual and extenuating circumstances," but those sentences cannot take effect until 119 days after a person enters prison.

COLORADO TRUCKER IN DEADLY PILEUP GETS 110 YEARS, GETS EMOTIONAL AT SENTENCING

Aguilera-Mederos testified that he was hauling lumber when the brakes on his semitrailer failed as he was descending a steep grade of Interstate 70 in the Rocky Mountain foothills on April 25, 2019. His truck plowed into vehicles that had slowed because of another wreck, setting off a chain-reaction wreck and a fireball that consumed vehicles and melted parts of the highway. 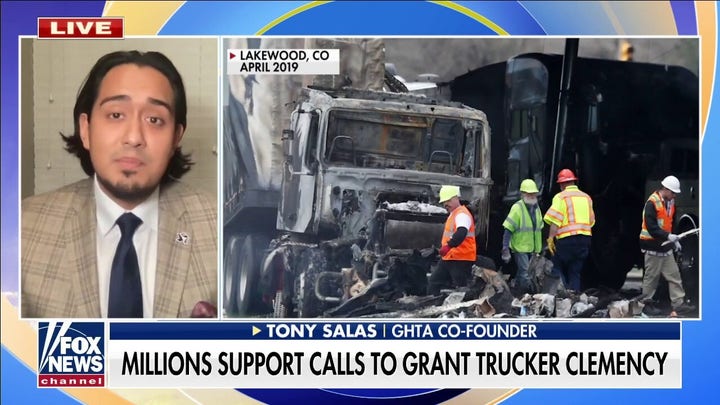 He wept as he apologized to the victims’ families at his Dec. 13 sentencing.

"When I look at my charges, we are talking about a murderer, which is not me," he said. "I have never thought about hurting anybody in my entire life."

Prosecutors argued he should have used a runaway ramp designed for such situations. Aguilera-Mederos, for his part, said he was struggling to avoid traffic and trying to shift to slow down.