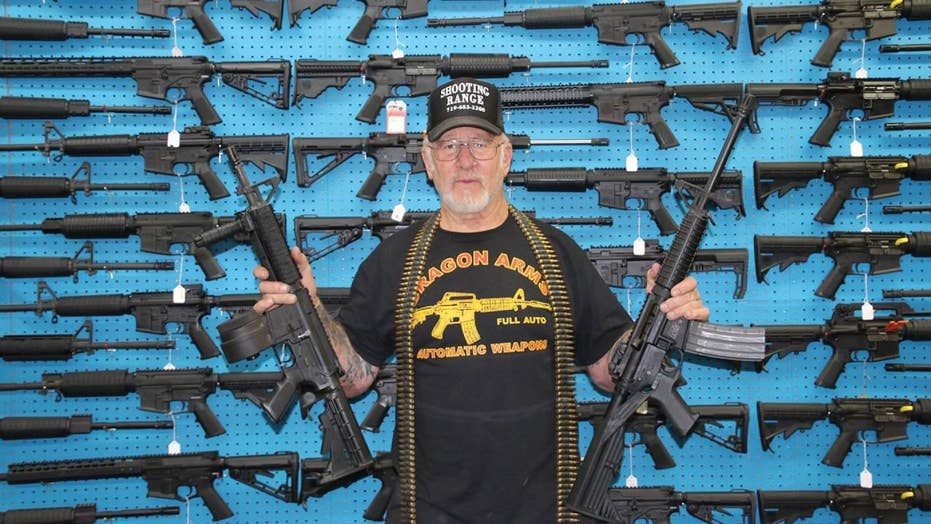 A gun owner in Colorado Springs, Colorado is offering local rabbis free AR-15s riffles with 100 bullets. This following the killing of 11 Jews at a Pittsburgh synagogue by an anti-Semitic gunman.

A gun dealer in Colorado Springs, Colo., has offered a free AR-15 rifle to local temples for protection following the mass killing of 11 Jews at a Pittsburgh synagogue by an anti-Semitic gunman.

Mel Bernstein, owner of Dragon Arms, told Fox News on Sunday that four local rabbis in Colorado Springs took him up on his offer and a fifth accepted the offer of a handgun.

“I feel very bad that someone can walk in to a synagogue or church and start shooting and they can’t protect themselves,” Bernstein said.

He said each rabbi filled out a background check.

"In light of the tragic events in Pittsburgh, Temple Shalom is reviewing its security arrangements which do not include accepting Mr. Bernstein's offer of assistance," Rabbi Jay Sherwood said.

Others synagogues did not respond to requests for comment.

Bernstein said he was making the offer in response to the Oct. 27 shooting rampage at Pittsburgh’s Tree of Life Synagogue--considered the deadliest anti-Semitic attack in U.S. history. Gunman Robert Bowers, 46, is accused of shooting worshipers during Shabbat services with an AR-15 and three handguns.

JEWISH NURSE: I TREATED MASS SHOOTING SUSPECT OUT OF LOVE

“I don’t really like what’s going on in the country and I’m offering them a free AR-15 rifle with two magazines and hundred bullets,” he told the station.

The station reported interviewing the president of one local synagogue about Bernstein’s offer.

“I think he wants to help and is very well-intentioned,” Jeff Ader of Temple Beit Torah said. “It just isn’t for us.”

“If it can fire multiple rounds per second, anything can happen and my fear is that innocent bystanders get in the way and innocent people get hurt,” he said.

DOZENS GATHER OUTSIDE SYNAGOGUE FOR SERVICE AFTER DEADLY SHOOTING

The station reported that Ader was in talks with Bernstein over choosing a handgun instead.

Scott Levin of the Colorado Anti-Defamation League told the station that a rabbi with a gun causes image issues. He said he felt it would be a disruption.

Bernstein, who is Jewish, told Fox News he had gotten calls from rabbis around the country asking about his offer, but he said he couldn’t ship guns to them because they’re out of state.

“I can’t supply every rabbi because I’d be out of business,” he said.