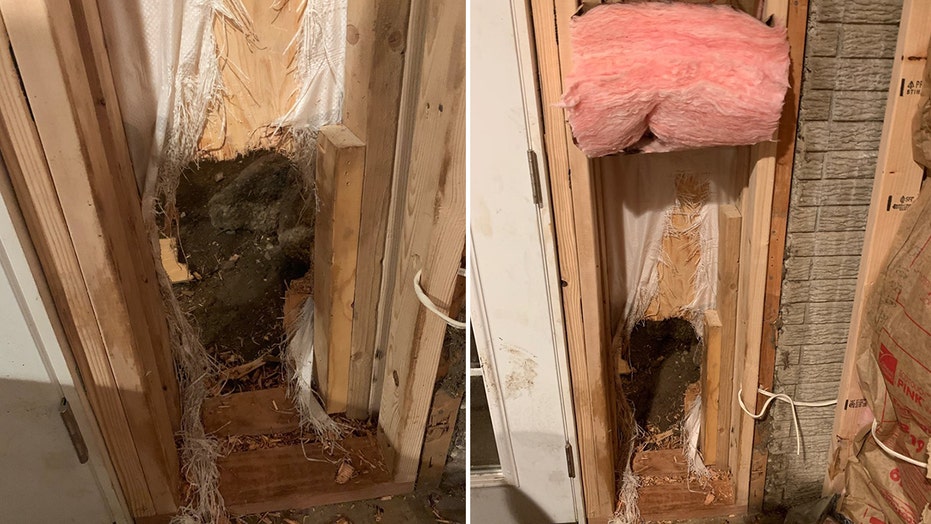 A bear broke into a Colorado home Friday and escaped a responding police officer by crashing through a wall “like the ‘Kool-Aid Man,’” investigators said.

The scent of trash likely attracted the bear to the home in Estes Park, police wrote on Facebook. It wasn’t clear how the animal broke into the house.

When an officer arrived, the bear “forcibly breached a hole in the wall like the ‘Kool-Aid Man’” before escaping, police said.

A bear busted through the wall of a home "like the 'Kool-Aid Man'" to evade police capture, the department said. (Estes Park Police Department)

There were no reported injuries, Fox 31 Denver reported.

Police quoted a warning from Colorado Parks and Wildlife (CPW) that cautioned residents to make sure all windows and doors to houses and cars are locked to help prevent bear break-ins and keep both humans and bears safe.

CPW officials said bears entered over 35 vehicles and nine homes in the Estes Park area, northwest of Denver, in the 10 days before Aug. 3.

Some vehicles contained no “attractants,” which showed that certain bears have become so used to finding food in vehicles that they were going from car to car even if they neither saw nor smelled food, officials said.

Habituated bears that overcome their wariness of humans have been a threat to human safety and often must be killed, according to the CPW.