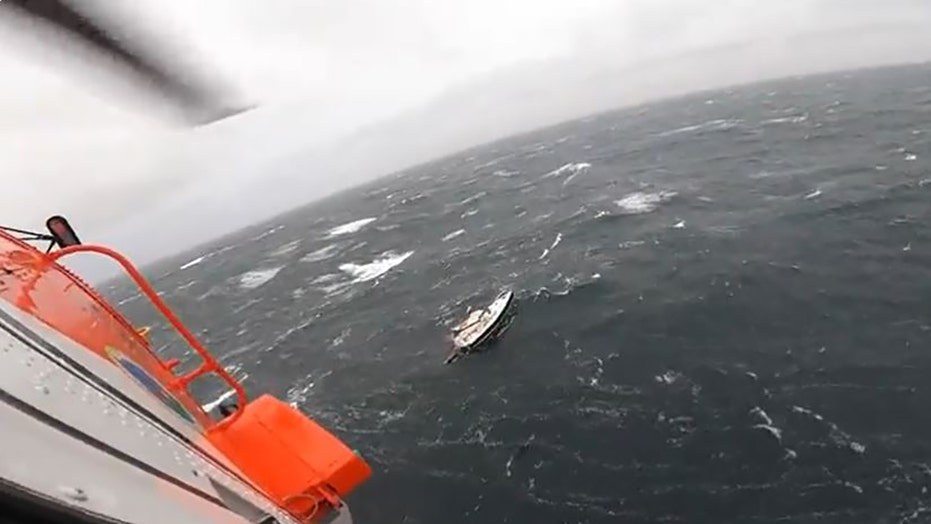 "Upon arrival, it was discovered that the vessel had been de-masted by a rogue wave, injuring all four crew-members," officials said.

The four crew members were sailing on a 39-foot vessel named Calypso that was based out of Mount Sinai, New York. They became stranded with only texting capabilities and an emergency position indicating radio beacon, officials said.

Video shows the helicopter crew working into the night to methodically hoist each injured sailor from the disabled vessel in the turbulent waters.

The injured crewmembers were airlifted to Gabreski, New York, where they received medical care, the U.S. Coast Guard Northeast said.

The rescue took place waters about 80 miles south of Montauk, New York, according to officials.