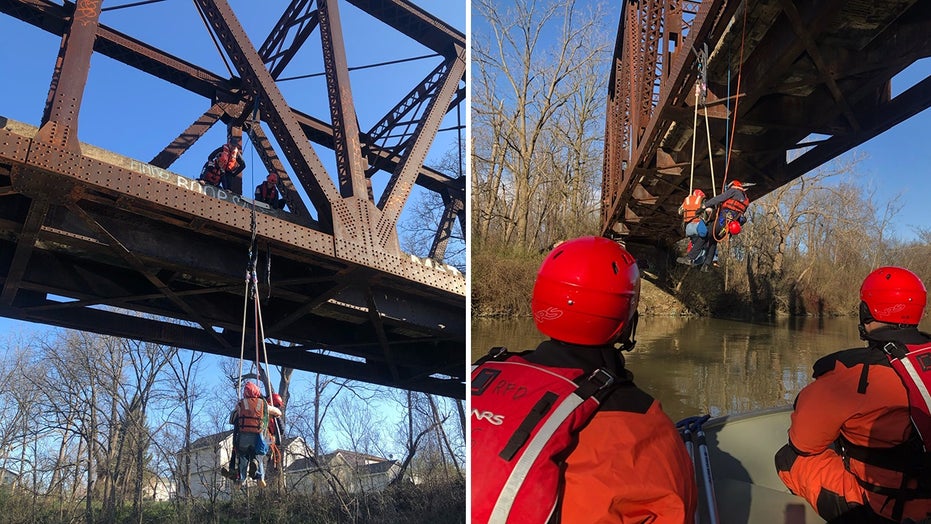 A circus performer was rescued in upstate New York last week after she was found dangling from a bridge during a photo shoot, according to a local report and fire officials.

The rescue happened Friday around 7:40 a.m. at Vixette and Genesee Streets in Rochester, the Rochester Fire Department said. A passerby had seen a person hanging from a train trestle bridge and called for help.

First responders found a woman, whom WHAM-TV identified as a circus performer, dangling on a trapeze under the bridge, and a photographer.

"Due to her precarious position the RFD called in additional resources to make the rescue and bring her to safety," the fire department said.

Rochester fire officials released photos of rescuers using a rope system on the bridge to rappel down to the victim. A water rescue unit was also launched into the river.

The rescue operation took about 40 minutes. No injuries were reported.

"Due to the brave and heroic actions of the Rochester Fire Department a life was saved today," the department said.