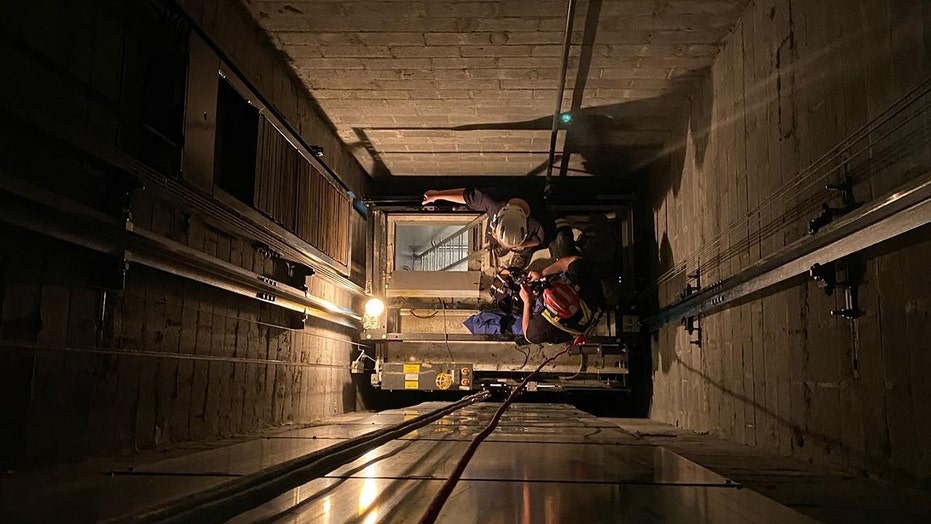 New Jersey firefighters rappelled down an elevator shaft to rescue six children on Friday when an industrial elevator they were inside got stuck between floors.

Police said six children, who were between 10 and 14 years old, were inside an elevator car that got stuck near the ground floor and its doors would not open.

Firefighters and an elevator mechanic worked for over an hour to reset the elevator without success, Wayne Fire Company #5 said.

With temperatures inside the elevator climbing to dangerous levels, firefighters decided that a rope rescue was the only option.

"Elevator rope rescues are always a last resort and only performed when all other options have been exhausted or the quick removal of the patient is crucial to their well-being," the fire department said.

Firefighters set up a pulley system on a higher floor and lowered two firefighters down the elevator shaft to reach the stuck car. Officials said the elevator was approximately 25 feet below the top floor.

Each child was harnessed and safely lifted out of the elevator. No children or firefighters were injured.