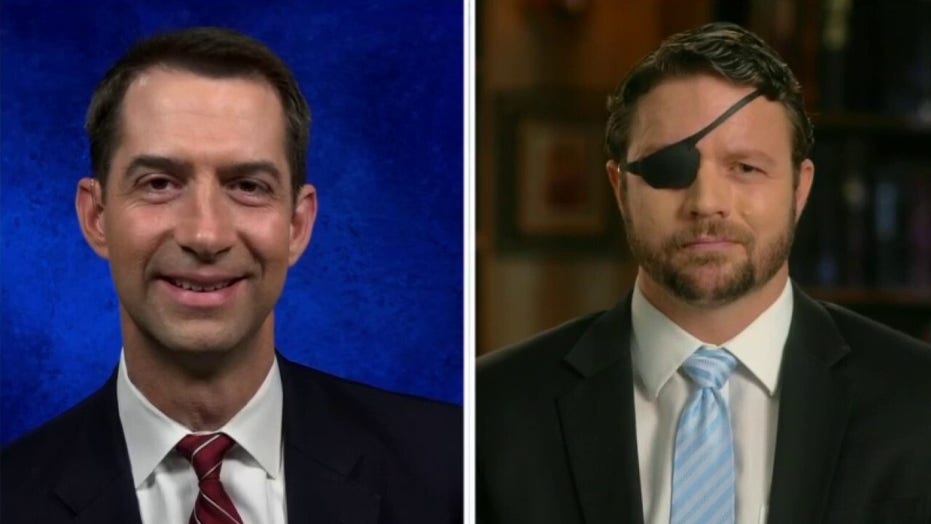 But as the coronavirus, officially termed COVID-19, continues to assault the globe – Beijing is upping its spy game on U.S. soil with a focus on manipulating the narrative, officials and experts say.

The primary focus now, according to several current and former intelligence officials interviewed by Fox News, is attempting to control the disease narrative inside the U.S. and cast the blame game anywhere but Beijing.

One U.S. defense official, who spoke on the condition of anonymity, underscored that the Chinese focus inside the U.S. remains centered on technology theft, military readiness and minimizing the blowback.

"Most assuredly, the American people will demand some kind of financial response, if not outright reparations in the many billions," the source explained. "And the Chinese cannot afford that, but they know Trump will cut into it, too."

A retired Pentagon officer underscored that its media operations are in "full swing," a slight shift from its typical focus on IP and technology theft.

"It is about saving face for them," said the source. "It's about leaking out false information, even to our [the U.S. intelligence] apparatus."

"There is hacking into computer systems, very active human (HUMINT) recruiting of U.S. citizens out of their embassies, consulates, and spies operating under diplomatic cover or non-official cover. They are extremely active against U.S. defense contractors and in and around technology industry hubs," noted retired Special Forces Col. James Williamson. "If not the parts themselves, at least critical components of parts, have been used in sensitive U.S. defense technology." 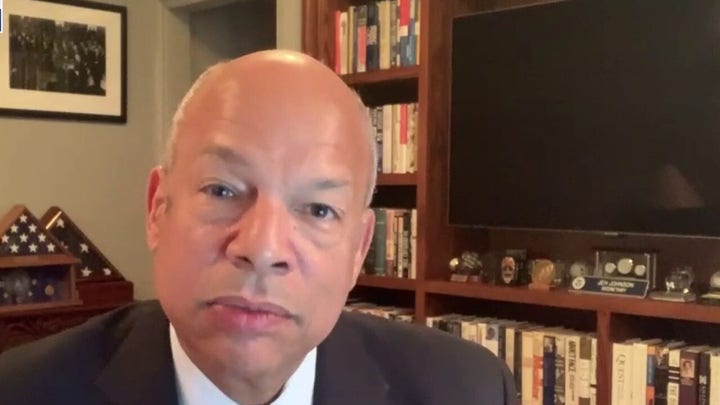 Dan Hoffman, a retired CIA station chief, concurred that, when it comes to the U.S., Chinese intelligence networks continue to operate at an alarmingly broad level. In terms of its HUMINT reliance in the U.S., Hoffman cautioned Chinese orchestrators often utilize business networking platforms such as LinkedIn to form connections and carefully recruit.

This dovetails with a plethora of technological tools.

Eyebrows have also been raised over the donation of Chinese-made DJI drones to some 43 law enforcement agencies in 22 states which are supposed to be used with the intention of surveilling and calling out those not adhering to stringent social distancing guidelines.

DJI, which holds an estimated 77 percent of the U.S. consumer market, has claimed that it cannot access information from its drones abroad. Many analysts aren't buying it.

"DJI is a Chinese company and is therefore subject to Chinese national security and cybersecurity law. This means the CCP understands all of DJI's data – including data collected in the U.S. by U.S. persons – to be 'Chinese data' and must, therefore, be made available to the Chinese government," said Klon Kitchen, a senior research fellow for technology and national security at the Heritage Foundation. "Any assurances that this information will be kept from Beijing is simply not credible."

And in September last year, a group of bipartisan lawmakers – led by Sen. Rick Scott (R-Fla.) introduced the "American Security Drone Act of 2019" in the quest to block local police and other law enforcement agencies from using federal funds to use DJI technology. The bill is currently awaiting amendments at the request of the Committee on Homeland Security and Governmental Affairs.

Since the start of Trump's term, a renewed limelight has been focused on these loose threads within the national security framework. In November 2018, then-Attorney General Jeff Sessions announced a fresh initiative "to combat Chinese espionage," stressing that the problem of Chinese intellectual and property theft has been "growing rapidly," and the department was ramping up arrests of those accused of stealing trade secrets.

Subsequently, cases have been piling up, and by February this year, the FBI was in the process of investigating more than 1,000 cases of Chinese seizing of U.S. technology. According to FBI Director Christopher Wray, the Chinese have not just gone after the defense-sector companies, but companies "producing everything from proprietary rice and corn seeds to software for wind turbines to high-end medical devices." 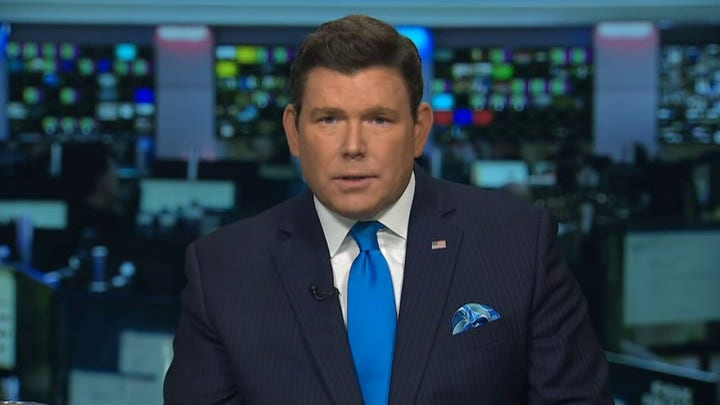 U.S. government officials have also sounded the alarm over Beijing's infiltration into U.S. academia, specifically in the stealing of cutting-edge research for American universities – in both coastal cities and flyover rural communities. The FBI and the National Institute of Health have stepped up efforts in recent years to identify scientists stealing crucial biomedical research. As of November last year, there are said to be more than 200 investigations of this nature afoot.

Alexander Crowther, a strategist and international affairs expert at Florida International University, conjectured that technical intelligence tends to be favored, but there remains a "solid human intelligence program," which specifically targets overseas Chinese, whether Chinese citizens or not.

"If they have family back in China, the Chinese government threatens them. If they do not, they appeal to what could be called 'race loyalty,' that is because you are ethnically Chinese, you should automatically be loyal to China; therefore, you should be loyal to the Chinese government," Crowther said. "They also recruit American researchers, focusing particularly on universities. Universities are a twofer: Chinese students and faculty as well as underpaid U.S. academics."

China has, in recent years, also invested massively in software and artificial intelligence platforms that are constantly testing and figuring out ways to continue to hack into U.S. systems, several sources asserted. This is believed to happen mostly offshore, with only small increments of cyber stealing originating on U.S. terrain.

Cyberhacking efforts, which are typically mandated by the State Ministry of State Security, are also believed to have evolved significantly over the past decade – namely, in that private contractors, alternatively just "criminal hackers," are hired to take the reins for explicit areas.

"China's cyber espionage efforts against the U.S. are vast, wide-ranging, extremely aggressive, and highly creative," said Karim Hijazi, CEO of cyber intelligence and defense firm, Prevailion. "They will do anything they can to compromise U.S. intelligence, government, and military assets, and the same is true for the private sector. Nothing is off-limits to them."

Hijazi also observed an "incredible surge in malicious activity tied to coronavirus in general, and that includes Chinese operations."

"China also regularly deploys backdoors that remain latent inside U.S. networks, waiting for the right time to become operational," he surmised. "This is another long-term threat because these backdoors can be difficult to detect, particularly if they are not 'calling home' to the hacker's command-and-control server for new instructions. Latent implants are challenging to detect and can lie dormant inside networks for years."

A 2015 China cyber theft on data held by the U.S. Office of Personnel Management compromised the personal information of millions of federal employees. And over the past 18 months, Department of Justice (DOJ) officials have brought forward more than three dozen cases of alleged cyber and economic espionage on behalf of the Chinese government, with charges leveled at both Chinese and American citizens.

Numerous apps used by millions in the U.S. have also come under scrutiny and warnings from intelligence officials. Video conferencing giant Zoom acknowledged earlier this month that some of its call data were "accidentally" routed through China for non-China users.

Theresa Payton, former White House Chief Information Officer and author of "Manipulated: Inside the Cyberwar to Hijack Elections and Distort the Truth, and CEO of Fortalice Solutions," pointed out that just as the intelligence community has been raising red flags over Huawei's 5G, the FBI has been warning Americans that popular apps like TikTok – a popular staple for millions during lockdown – "may give China a peek into the United States in unintended and unforeseen ways."

China has been particularly assiduous in its multi-pronged and bold espionage endeavors in recent years, analysts contend, prompting aggressive pushback from the DOJ. In 2016, Kun Shan Chun, an FBI employee, pleaded guilty to operating undercover for China over the course of several years, accepting cash, using prostitutes, and living in exuberant accommodations overseas. And last year, a longtime State Department employee, Candace Marie Claiborne, was sentenced to three years behind bars for accepting thousands of dollars in cash and goods from Chinese intelligence in exchange for information.

Moreover, in late December, it was revealed that the U.S. government had quietly expelled two Chinese Embassy officials weeks earlier after they ignored warnings and attempted to drive onto a highly sensitive military base in Norfolk, Va., marking the first deportation of Chinese officials in over three decades.

And as the global death count for coronavirus soars – with more than 170,000 having already lost their lives – playing the propaganda and spy game inside the U.S. has seemingly never been more crucial.

"For China, it is all about trying to get ahead of the game," another retired U.S. intelligence official added. "They are looking to point fingers and detract to anywhere but themselves for this virus."