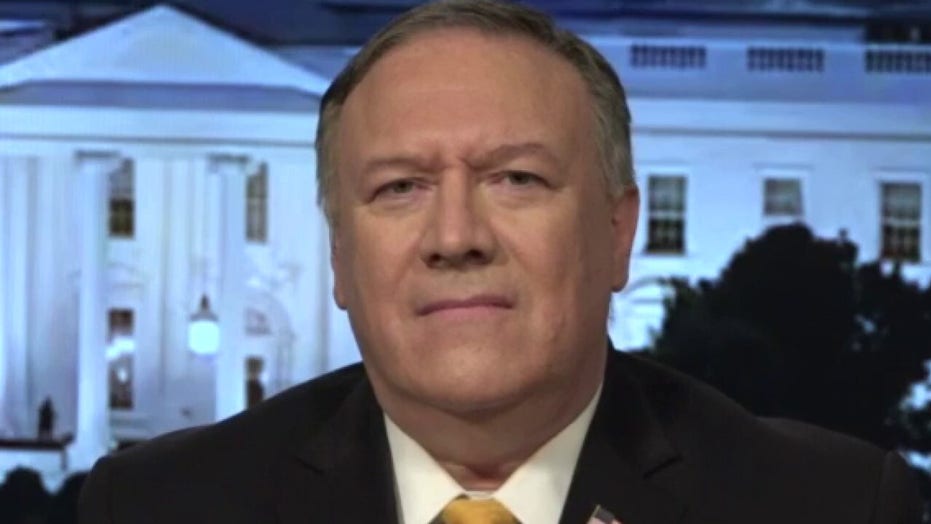 China on Monday took aim at Secretary of State Mike Pompeo, accusing him of spreading disinformation by blaming the Asian country for the novel coronavirus that's infected more than 3 million people globally.

The new dig is just the latest in an escalating war of words between Beijing and the United States.

Hua's Monday comments follow a report on a Republican strategy memo that advised Senate candidates to blame China for the coronavirus outbreak, link Democrats to the Chinese government, and avoid mentioning President Trump's handling of the COVID-19 crisis, which has been widely criticized by members of both parties.

The 57-page memo was purportedly written by Brett O'Donnell's communications firm. O'Donnell is a veteran GOP strategist who has advised Pompeo and Arkansas Sen. Tom Cotton. The talking points were distributed to campaigns earlier this month by the National Republican Senatorial Committee.

The memo instructed Republican candidates not to defend Trump but instead to attack China. The memo also told members of the GOP to acknowledge that U.S. health officials had acted late but then to blame China for it.

"The virus came from China and China covered it up," the memo read.

One of the talking points said to accuse Beijing of silencing doctors who sounded the alarm about the fast-spreading virus. It also recommended that candidates criticize the World Health Organization and the Centers for Disease Prevention and Control, but to praise Trump for stepping in and enacting a travel ban to China.

"China caused an enormous amount of pain, loss of life and now a huge challenge for the global economy and the American economy as well by not sharing the information they had," Pompeo said, adding that despite global pressure China still hasn't been forthcoming with information.

An opinion piece run by Chinese state-run media on Sunday called Pompeo "the enemy of world peace" and said he had "totally betrayed the basic responsibility with which he is entrusted to promote international understanding."