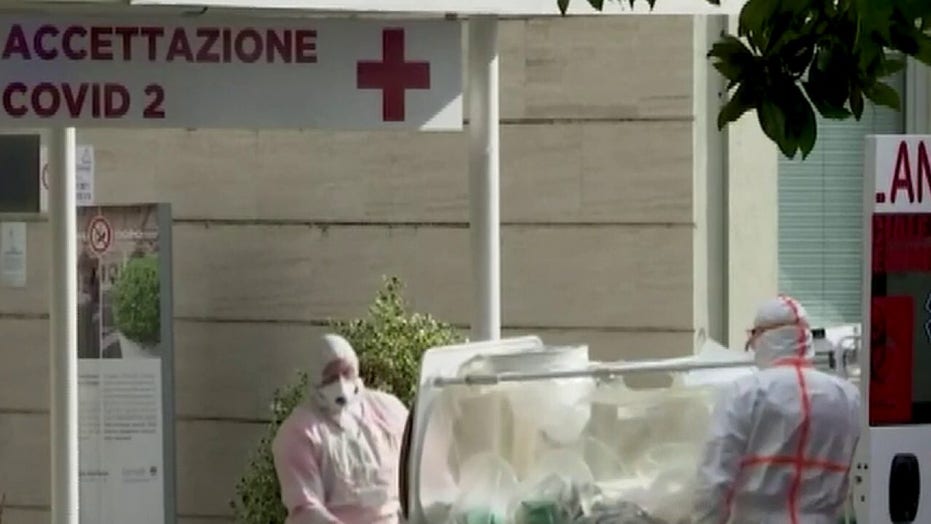 Non-European citizens will not be allowed into the European Union for 30 days; Greg Palkot reports from London.

A European Union report accusing China and Russia of running a "global disinformation campaign" was significantly scaled back after pressure from Beijing and fears that, if China was blamed, it would withhold much-needed medical supplies around the world as retaliation.

The first version of the report, seen by the South China Morning Post, described the world's most populous country as running a large-scale public relations campaign to deflect from the missteps it made during the early days of the novel coronavirus, which included silencing doctors, shifting its timeline and reporting significantly lower rates of infection which made it almost impossible for other countries to prepare for the pandemic.

So far COVID-19, which was first reported in Wuhan, China, has infected 3 million people worldwide and killed 207,431.

But instead of holding Beijing's feet to the fire, the most damning section of the EU report was scrubbed because diplomats were worried that such a public takedown of China would "strain" relations and "make it more difficult to get medical supplies" that are in high demand in hard-hit European countries, the SCMP reported.

"You can always count on the great democracies of Europe to cower in the face of despotism," foreign affairs expert Gordon Chang told Fox News on Monday. "Last century, they debased themselves before a German tyrant. This century, it's a Chinese one. When will they ever learn?"

"You can always count on the great democracies of Europe to cower in the face of despotism. Last century, they debased themselves before a German tyrant. This century, it's a Chinese one. When will they ever learn?"

The EU report in question is part of a routine update given by the EU's disinformation team, which is embedded in the bloc's diplomatic unit, the European External Action Service.

The decision to water down China's role in the pandemic underscores Beijing's ability to sway foreign governments because of its status as the key exporter of medical products. The pushback from China to kill the comments also underscores how President Xi Jinping and the ruling Community Party know how the rest of the world sees their handling of the pandemic and is desperate to change the image.

The initial report worked hard to sidestep any mention of the virus's origins in China, but said Beijing blamed the United States for spreading the disease internationally. It also noted that China had criticized France for being too slow to respond to the global pandemic and started rumors that French politicians used racial slurs against the World Health Organization -- something that has been proven to be false. The report then took Russia on, criticizing Moscow's effort to peddle lies and sow distrust among western nations.

On Friday, The New York Times reported that Lutz Gullner, an EU diplomat, wrote to his colleagues about how China was trying to rewrite history and shift blame at any cost.

"The Chinese are already threatening with reactions if the report comes out," Gullner told his colleagues in an email seen by the NYT.

In the final report, the sentence about Beijing's "global disinformation" campaign was edited out as was the mention of a rift between China and France.

The kowtowing to China has infuriated several diplomats and government disinformation analysts, and at least one formally objected and wrote to her bosses that the European Union was "self-censoring to appease the Chinese Community Party," the NYT reported.

Politico also reported that three sources confirmed to the news outlet that Chinese diplomats had pressured EU officials to tone down the report. It also claimed the report criticized Russia and that "official sources and state-controlled media and social media channels have been running a coordinated campaign ... promoting false health information."

According to the report, the most affected are "smaller media markets within and outside the EU" where "tech companies face lower incentives to take adequate counter-measures."