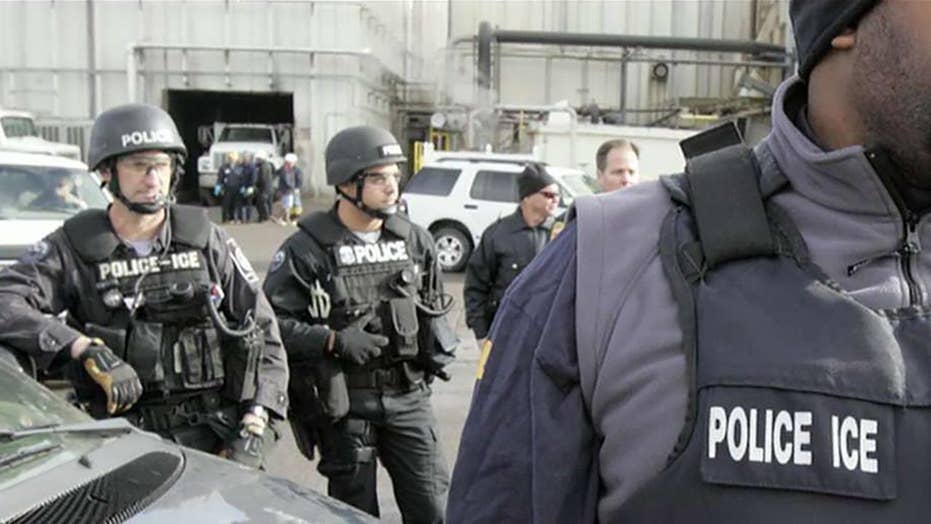 The Chicago Police Department advised officers not to cooperate with the Department of Homeland Security, particularly in situations involving immigration arrests, according to an internal department memo obtained by Fox News.

Instead of assisting DHS upon request, officers are instructed to wait for their supervisor to arrive, the memo said. Once the supervisor arrives, “if the request is to assist with an immigration arrest or detention, CPD personnel will leave the scene as directed by the CPD supervisor,” according to the memo.

CPD confirmed the memo came from an internal superior but would not say if the directive came from the mayor. The mayor’s office has not responded to requests for comment from Fox News.

CPD confirmed the memo came from an internal superior but would not say if the directive came from the mayor.

“See what happens when that happens and a DHS agent is injured because of a lack of response by CPD. Sickening what’s happening here,” a ranking CPD source told Fox News.

“You’ll not find a single real police officer that would refuse to assist another agency,” another law enforcement source told Fox News.

For years, Chicago has been a sanctuary city under former Mayor Rahm Emanuel and current Mayor Lori Lightfoot. But, this new directive went a step further by instructing, in writing, that the city’s police force no longer immediately assist DHS.

“The Department of Homeland Security is deeply concerned with the dangerous anti-law enforcement direction given by the leadership of the Chicago Police Department. The men and women of ICE put their lives on the line every day to protect the citizens of this country from dangerous criminals,” a DHS spokesperson told Fox News. “Failing to support fellow law enforcement officers upon request for assistance not only places our heroic police officers in greater danger but keeps criminals on the streets and makes all of our communities less safe, specifically the great City of Chicago.”

At an immigration rally last week, Lightfoot said Immigration and Customs Enforcement has de-legitimized itself by being the “political arm” of the Trump campaign.

“We will never, ever succumb to the racist, xenophobic rhetoric of ICE,” Lightfoot said. “We will continue to ban ICE from having access to any CPD databases. We’ll not allow any CPD officer to cooperate with anything related to ICE and its immigration raids.”

Fox News’ Judge Andrew Napolitano said the city of Chicago is within its constitutional rights not to immediately assist DHS.

“The Supreme Court has ruled that a state or local government is free to refrain from enforcing federal law,” Napolitano wrote.

The Chicago Police Department told Fox News its officers will aid a federal agent in danger but if they are asked to assist with an actual arrest, they will “advise and leave the scene.”

Police sources told Fox News the new policy “de-legitimizes” Chicago police because it sends the message that officers will not respond to or pursue suspects in some immigration situations.