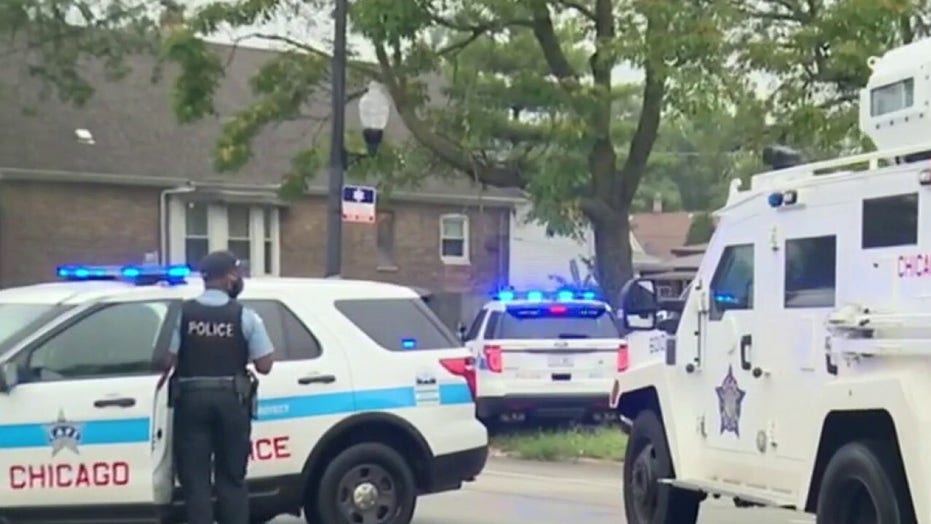 Dozens of Chicago police officers have been shot or shot at so far this year -- including as recently as this weekend -- when the Illinois city saw 35 shootings and at least 10 murders through Sunday, officials said Monday.

Of the 65 Chicago police officers who have been shot at, 10 have been struck, Chicago Police Superintendent David O. Brown said during a Monday morning press conference to launch a training program related to the department’s Neighborhood Policing Initiative.

We are risking everything

“There is not a comparable year,” Brown said, speaking of the 65 incidents. “That is five times any previous year that anyone can recall in this city.”

The violent crime wave plaguing Chicago continued over the weekend as police reported 53 victims – including one child – as a result of 35 shootings from 6 p.m. Friday to 11:59 p.m. Sunday. Brown said 52 gun-related arrests were made this weekend.

He said officers also recovered 87 guns over the weekend, marking 7,470 guns removed from the streets of Chicago so far this year.

Chicago police officers gather outside the emergency area of Stroger Hospital after two officers were wounded in a shooting during a traffic stop in the Homan Square neighborhood early Sunday, Aug. 30, 2020. (Erin Hooley/Chicago Tribune/Tribune News Service via Getty Images)

“What we are doing is we’re doing our part, murders are a result of gun violence in our city, and we are taking guns off the street at great risk to our personal safety,” he said, adding: “We are risking everything.”

On Saturday morning, the officers were shot at while responding to a report of gunshots fired in the South Pullman neighborhood of the city, according to Brown and a local report.

A 49-year-old man was taken into custody and underwent medical evaluation after he allegedly fired at police, prompting the officers to fire back, ABC 7 Chicago reported. No one was injured.

A woman squats on the ground outside the University of Chicago Medicine's Comer Children's Hospital after an 8-year-old girl was killed in a shooting that wounded three others on Sep. 7, 2020, in Chicago. (Armando L. Sanchez/Chicago Tribune/Tribune News Service via Getty Images)

The violence continued into Monday morning when a 27-year-old man was fatally wounded before after getting into a car at approximately 12:45 a.m., the Chicago Sun-Times reported.

Murders and shootings have each surged 52% year-to-date as of Sept. 6, according to the Chicago Police Department's crime statistics.