A Chicago man is wanted after attacking a woman inside a building before stealing her car in a September incident, authorities said.

A Chicago grocery store clerk and suspected robber are dead after an attempted robbery was interrupted by a concealed-carry holder on Friday night.

Police said the armed suspect entered El Barakah Supermarket on 73rd St. on the South Shore at about 6:20 p.m., according to a report from Fox station WFLD in Chicago.

A man carries a gun in a leather holster on his belt.

The armed man, later identified as Nicholas Williams, 24, attempted to rob the store when a man standing nearby pulled out a gun and shot at the suspect.

According to police, the witness who shot first has a valid concealed-carry license.

Police said they recovered three guns from the scene and the investigation is ongoing. (Scott Olson/Getty Images)

The suspect shot back and struck the store clerk, identified as 63-year-old Ali Hassan.

Hassan was reportedly shot in the chest and back. He was taken to University of Chicago Hospital where he died.

Williams was shot in the chest during the altercation. He was pronounced dead at the scene.

Police said they recovered three guns from the scene and the investigation is ongoing. 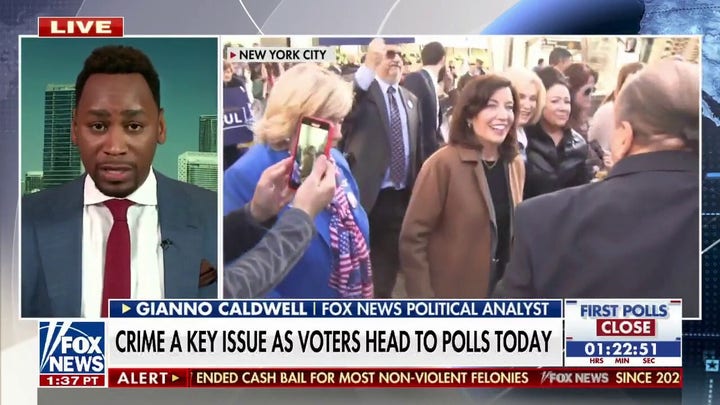