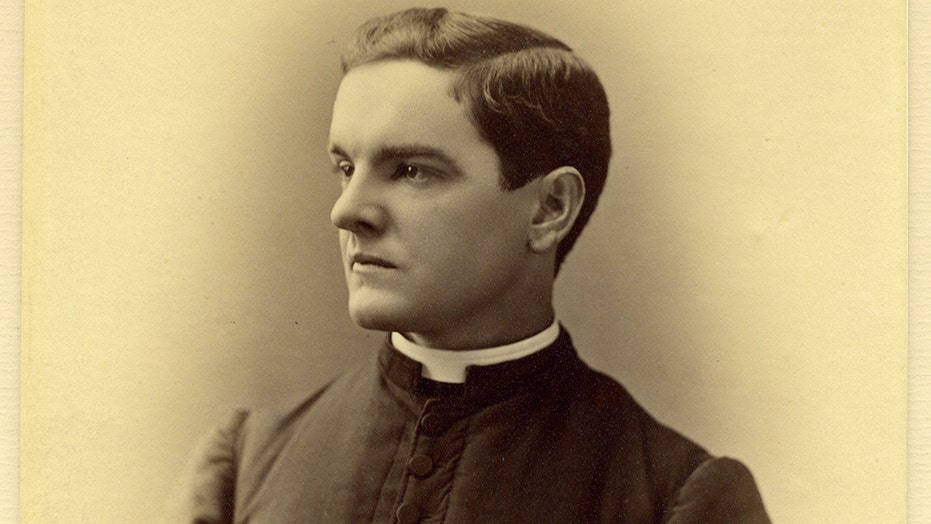 A Connecticut priest who founded one of the largest Catholic organizations, the Knights of Columbus, is one step closer to sainthood.

On Wednesday, Pope Francis recognized a miracle attributed to the intercession of Michael J. McGivney, who died at 38 of pneumonia in 1890 during a pandemic.

The first American parish priest to be beatified, McGivney will soon be declared "blessed." An additional miracle would need to be attributed to him in order for McGivney to be canonized as a saint, the Vatican said.

The Knights of Columbus said the miracle recognized by the pope concerned the medically inexplicable cure of a baby with a life-threatening condition. The baby was healed in utero in 2015 “after prayers by his family to Father McGivney.”

He was best known for founding the Knights of Columbus in 1882 in New Haven.

Today, with more than 2 million members around the world, the charitable organization has provided critical relief during the coronavirus pandemic, donating millions of dollars to food banks, supplying hospitals with ventilators and financially supporting Catholic dioceses.

McGivney, born in Waterbury in 1852, played a vital role in the growth of the Catholic Church in the U.S., serving a largely Irish-American and immigrant community in New Haven, Catholic News Service reported.

“Fr. [Father] McGivney has inspired generations of Catholic men to roll up their sleeves and put their faith into action. He was decades ahead of his time in giving the laity an important role within the Church," Supreme Knight Carl A. Anderson said in a statement.

“Today, his spirit continues to shape the extraordinary charitable work of Knights as they continue to serve those on the margins of society as he served widows and orphans in the 1880s.”

No date has been set for the beatification, which the Knights said would be held in Connecticut.