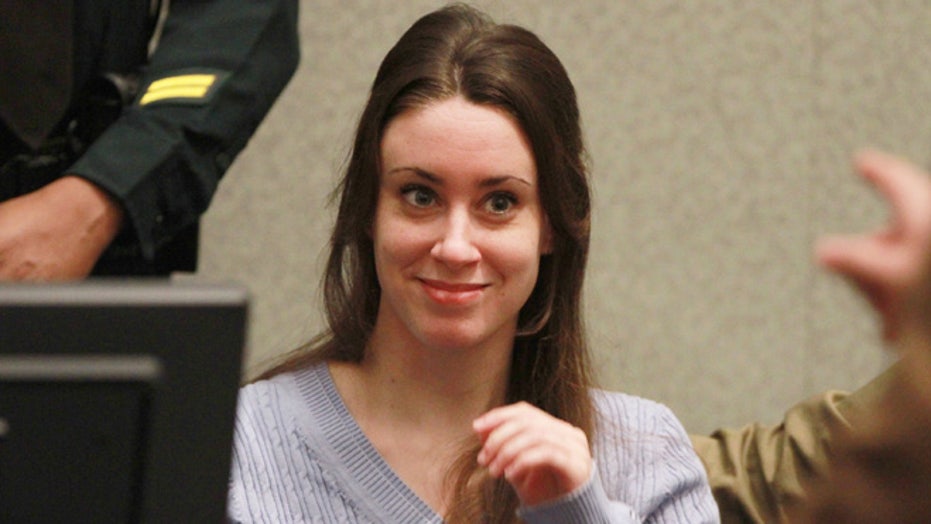 Casey Anthony has found her way back into the spotlight after a source revealed this week that the South Florida woman acquitted of the 2008 murder of her daughter is thinking of having children again.

A source close to Anthony told People magazine Friday that she “feels like her biological clock is ticking” and she’s hoping to “find some meaning in her life.”

The source went on to say that Anthony isn’t the same “young girl who everyone saw on trial” and she’s now looking toward her future - “marriage, family, the white picket fence" included.

Casey Anthony cries next to her attorney Jose Baez (L), after she was acquitted on first-degree murder charges of her daughter Caylee at the Orange County Courthouse Orlando, Florida July 5, 2011. (Reuters)

“In some ways, that’s very appealing to Casey. She’d want things to be less dysfunctional than the family she had growing up, but she likes the idea of stability," the source said.

Anthony became a media sensation after her 2-year-old daughter, Caylee, vanished in the summer of 2008. After 31 days, Anthony’s mother, Cindy, reported Caylee missing. The girl’s remains were eventually found in a wooded area near the family home.

Anthony was acquitted of murder and manslaughter charges on July 5, 2011 but was convicted of four counts of lying to police – though two counts were later dropped. She served about three years in prison while awaiting trial.

While she has maintained a relatively low-profile, Anthony has previously floated the idea of having children again.

In 2017 she told The Associated Press “If I am blessed enough to have another child — if I’d be dumb enough to bring another kid into this world knowing that there’d be a potential that some little snot-nosed kid would then say something mean to my kid — I don’t think I could live with that.”