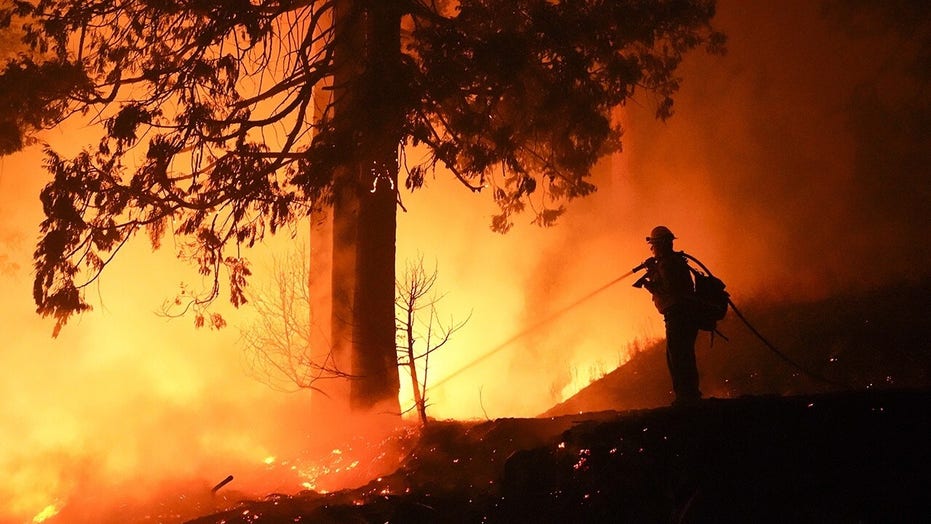 After a couple's attempt to reveal their baby’s gender triggered a massive wildfire in California over the weekend, the creator of the ever-popular parties is now saying enough is enough.

The El Dorado Fire, currently burning east of Los Angeles, has forced some 3,000 residents to evacuate from the area and has grown to 10,574 acres after starting Saturday morning.

Officials said the blaze was sparked by a couple using a smoke-generating pyrotechnic device for a gender reveal party who then frantically attempted to extinguish the flames with a water bottle before calling 911.

“It's a pretty tragic situation," Capt. Bennet Milloy of the California Department of Forestry and Fire Protection, known as Cal Fire, told the Associated Press. “Obviously this was supposed to be a happy event."

But the news of the massive wildfire's origin was enough for Jenna Karvunidis of Pasadena, who is widely credited for creating the gender reveal parties.

In this Saturday, Sept. 5, 2020, file photo, a burned structure is seen from a wildfire in Yucaipa, Calif. that was caused by a gender-reveal party. (AP Photo/Ringo H.W. Chiu, File)

"Stop it. Stop having these stupid parties," she Monday wrote on Facebook. "For the love of God, stop burning things down to tell everyone about your kid's penis. No one cares but you."

Karvunidis threw a gender reveal party in 2008 for her first child. She posted about it on her blog, which was then was picked up by a magazine and eventually became a popular thing for expecting parents.

"I had lost a few pregnancies so for me to get to this point in my pregnancy where we could know if it was a boy or girl, it was celebrating a milestone," she told FOX11 in an interview.

But she said she never thought her one party would come with any "type of danger" down the line.

"I never foresaw that," she told FOX11. "I also didn't foresee the social implications of these parties, how they are harmful to certain segments of our community, transgender, and nonbinary."

It's not the first time that someone having their own gender-reveal bash has literally gone up in flames.

In 2017, a massive Arizona wildfire was accidentally started by an off-duty Border Patrol agent who shot a target filled with explosive blue powder.

This April 23, 2017, file photo from video provided by the U.S. Forest Service shows a gender reveal event in the Santa Rita Mountain's foothills, southeast of Tucson, Ariz. The explosion from the reveal ignited the 47,000-acre Sawmill Fire. (U.S. Forest Service via AP)

Video released last year shows the words "BOY" and "GIRL" written across a target that's surrounded by tall grass. When the target is hit, a flash of blue powder briefly appears before an explosion takes over the area, lighting the Sawmill Fire.

The fire burned 47,000 acres and caused $8 million in damages, Agent Dennis Dickey was charged with a misdemeanor and sentenced to probation.

These parties have even turned deadly.

The device was meant to spray powder but instead blew up like a pipe bomb. Kreimeyer, who was standing 45 feet away, died instantly when debris struck her head.

In this Saturday, Sept. 5, 2020, file photo, a helicopter prepares to drop water at a wildfire in Yucaipa, Calif. (AP Photo/Ringo H.W. Chiu, File)

Karvunidis told FOX11 that she thinks the parties are now "completely unnecessary," and believes people should stop having them or to not "light any fires."

"We need to be more responsible about the parties, both socially and physically. Our physical safety is in danger when we have to evacuate because of these forest fires," she said. "It really brings such an aggressive energy to something that's supposed to be a happy occasion about a new life coming in, maybe try to tone it down and make it more gentle." 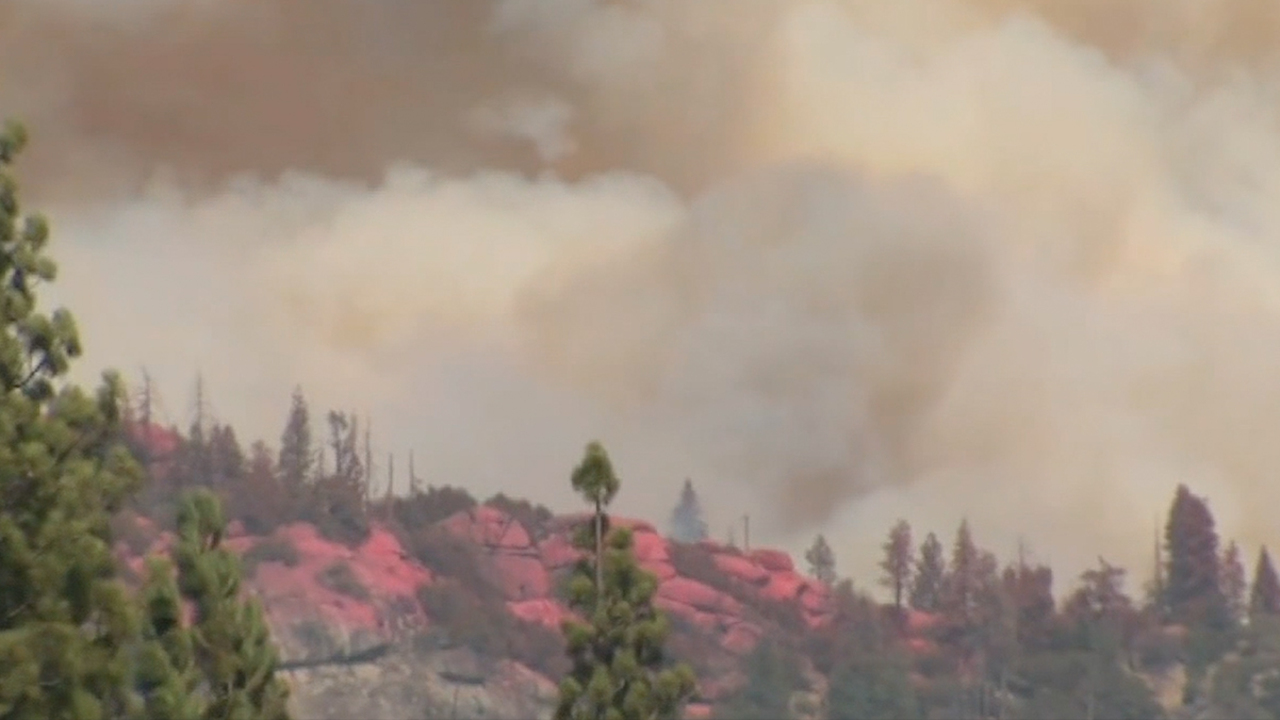 Milloy told the AP that some devices used to reveal genders are harmless but others contain chemicals that produce heat and can spark fires.

He said the device used Saturday will be tested to determine what it contained. Milloy didn't know the color it emitted.

The couple involved with the ill-fated reveal could be liable for the cost of fighting the fire and criminally charged with a misdemeanor or felony counts.

While firefighters made "good progress" against the blaze on Monday, officials said hot and dry weather combined with an upcoming Santa Ana wind event may fan the flames.

Wildfires have burned more than 2 million acres in California this year as more than 14,000 firefighters are currently battling more than two dozen blazes around the state.