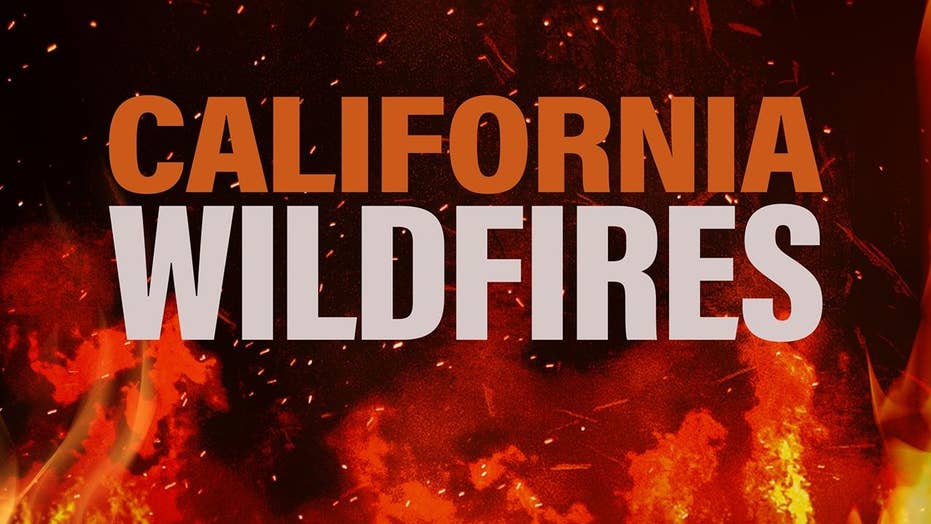 Two utility companies in California told state regulators they each sustained outages just minutes before a pair of destructive wildfires erupted last week at either end of the state, killing at least 31 people.

Southern California Edison said in an initial electric safety incident report to the California Public Utilities Commission that there was an outage on one of its electrical circuits at the Chatsworth Substation in Ventura County, near where the Woolsey Fire broke out Thursday.

The utility's report, which was submitted "out of an abundance of caution," said the Woolsey Fire was reported at 2:24 p.m. on Thursday -- two minutes after an outage was reported at the substation.

A spokeswoman for Southern California Edison told KQED the agency was not sure what triggered a sensor in the circuit where the outage was reported.

"When a circuit relays, [it] senses a disturbance on the circuit and switches the circuit off," Sally Jeung told the news outlet.

Fire officials have said it's still early to speculate on a cause of the blaze, which has destroyed 370 structures and burned over 91,500 acres, according to Cal Fire.

The Woolsey Fire is being fueled by gusty Santa Ana winds that have forced the evacuation of the Malibu, and left at least two people dead. Officials said the two bodies were found in a car and it's believed the driver may have become disoriented and the vehicle overcome by fire.

Active wildfires from the deadly Camp Fire in northern California are visible in this shortwave infrared view from DigitalGlobe's WorldView-3 satellite taken on Nov. 9, 2018. (Satellite image ©2018 DigitalGlobe, a Maxar company.)

"At this point we have no indication from fire agency personnel that SCE utility facilities may have been involved in the start of the fire," the company told regulators, adding personnel haven't yet been able to access the substation area since the fire broke out.

In the northern part of the state, utility company Pacific Gas & Electric notified regulators there was a problem on an electrical transmission line minutes before the Camp Fire erupted on Thursday and destroyed the town of Paradise.

The company said in a one-paragraph summary filed Thursday with state utility regulators that it had experienced an outage on the line at 6:15 a.m., about 15 minutes before the fire started.

"In the afternoon of November 8, PG&E observed by aerial patrol damage to a transmission tower on the Caribou-Palermo 115 kV Transmission line, approximately one mile north-east of the town of Pulga, in the area of the Camp Fire," the company told regulators.

Since the fire ignited, at least 29 people have been confirmed dead, nearly 6,500 homes and 90,000 acres have burned and about 30,000 residents have evacuated, officials have said. Fire officials have not yet said what they believe sparked the blaze.

A firefighting DC-10 makes a fire retardant drop over a wildfire in the mountains near Malibu Canyon Road in Malibu, Calif. on Sunday, Nov. 11, 2018. (AP Photo/Richard Vogel)

"PG&E has provided an initial electric incident report to the Safety and Enforcement Division of the California Public Utilities Commission (CPUC)," the company said in a statement. "The information provided in this report is preliminary and PG&E will fully cooperate with any investigations. There has been no determination on the causes of the Camp Fire."

The utility company had planned to shut off power on Thursday as a precaution against fires in parts of Butte County, where the Camp Fire is burning, but canceled those plans.

“Nothing is more important than the safety of our customers, employees, contractors and the communities we serve,” PG&E spokesman Jason King told the San Francisco Chronicle. “PG&E has provided an initial electric incident report to the Safety and Enforcement Division of the California Public Utilities Commission. The information provided in this report is preliminary and PG&E will fully cooperate with any investigations.”

Residences were burned down in a mobile home park on Edgewood Lane after the Camp Fire tore through Paradise, California. (AP Photo/Noah Berger)

But the disclosure of the outage around the start of the fire was already beginning to impact the company financially. Shares of PG&E fell 12 percent as analysts are seeking clarity from the utility company about the blaze, according to Bloomberg.

Utility companies in California have previously been found responsible for major wildfires due to inadequate maintenance of their power infrastructure.

Earlier this year, the company warned that it claims from last year's deadly wildfires in Napa Valley could top $2.5 billion, after state investigators said transmission lines and other equipment was blamed for sparking the fires last October, the Sacramento Bee reported at the time.