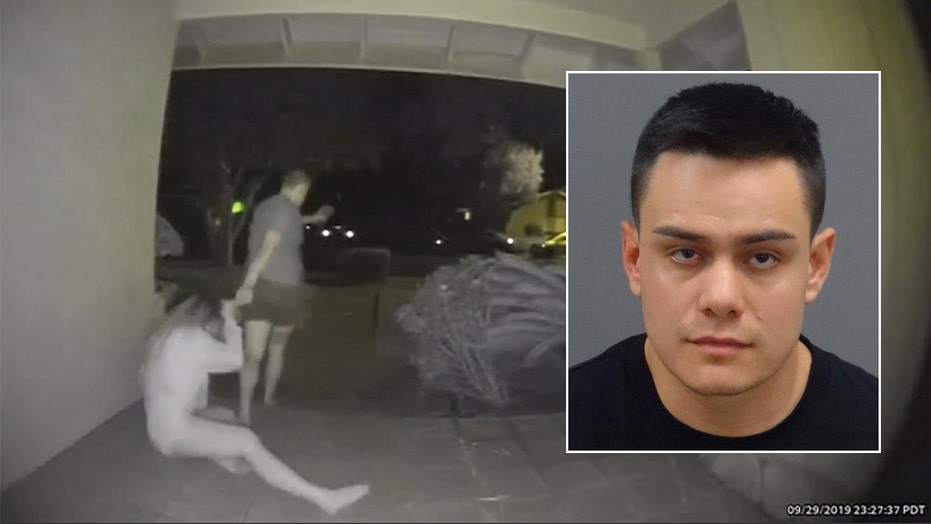 Police in California arrested a man after doorbell footage from an Arcadia home allegedly showed him dragging his estranged girlfriend by the hair and threatening to kill her as she screamed out for help in the middle of the night.

Robert Michael Mendez, 27, was charged Monday with suspicion of attempted murder, kidnapping and false imprisonment after Arcadia Police say they received footage of him dragging and assaulting an unidentified woman the previous night, FOX11 reported.

Police received Ring doorbell footage taken from a residence in the area of Santa Anita Avenue and Camino Real Avenue at around 11:40 p.m. Sunday that appeared to show a man, later identified as Mendez, dragging a woman who had showed up on the property begging for help.

“No! No! No!” the woman screamed out as she desperately knocked on the door. That’s when the man identified as Mendez runs over and grabs the victim by her hair, violently dragging her with one hand across the yard.

As the two struggle, the man police say is Mendez can be heard yelling at the woman to “get up” as she screams out for anyone to help her.

“Get up now or I will kill you,” he is heard saying in the footage.

An investigation on Monday led police to a home in the 1500 block of S. Santa Anita Avenue, where they discovered Mendez and the woman, who was “significantly injured.”

Her injuries were so severe she was hospitalized immediately, FOX11 reported.

Police learned that the victim was estranged to Mendez and that he had held her against her will since the attack Sunday night.