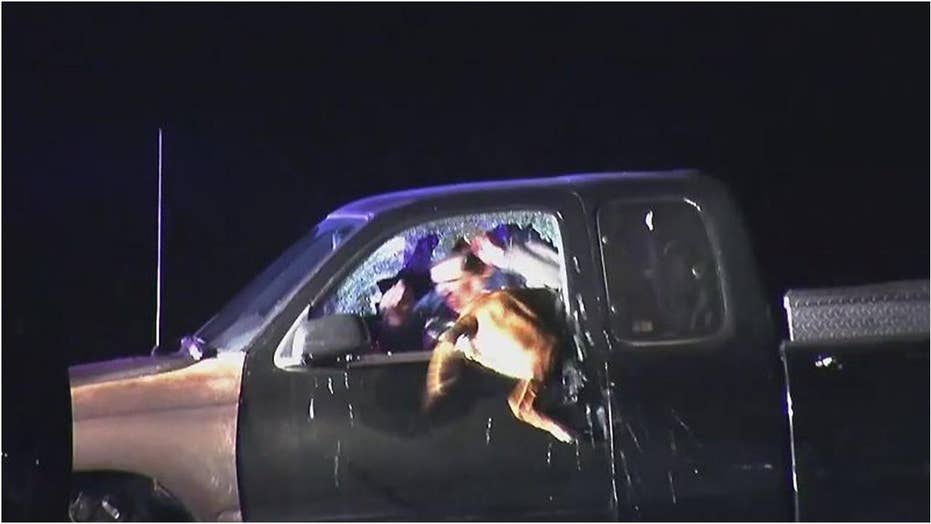 Duke, a 5-year-old Belgian Malinois, clamps down on the suspect who refused to get out of his vehicle in Corona, California.

A California K-9 who served in the Marine Corps in Iraq was captured on video taking down an assault suspect who had allegedly led police on a chase in California early Friday morning.

Video of the incident shows a California Highway Patrol (CHP) officer breaking the driver's side window of the pickup before the 5-year-old Belgian malinois named Duke jumped through the shattered glass into the driver's seat.

"CHP pursued a felony suspect, wanted for assault with a deadly weapon, into Corona ending near El Cerrito Road, and the 15 FWY, where the suspect refused to exit his vehicle to surrender," the Corona Police Department said. "Officer Neff and his partner K9 Duke responded to assist and gave several opportunities for the suspect to give up as well, which he refused. K9 Duke apprehended the suspect, and Fontana Police took custody of him."

The suspect, 31-year-old Julio Ugalde Vasquez, was arrested and taken to the hospital with minor injuries, according to Fox 11 Los Angeles.

Officer Neff spoke about the encounter with Duke by his side on the department's Facebook page Saturday.

Duke and the officers weren't injured during the incident, police said.