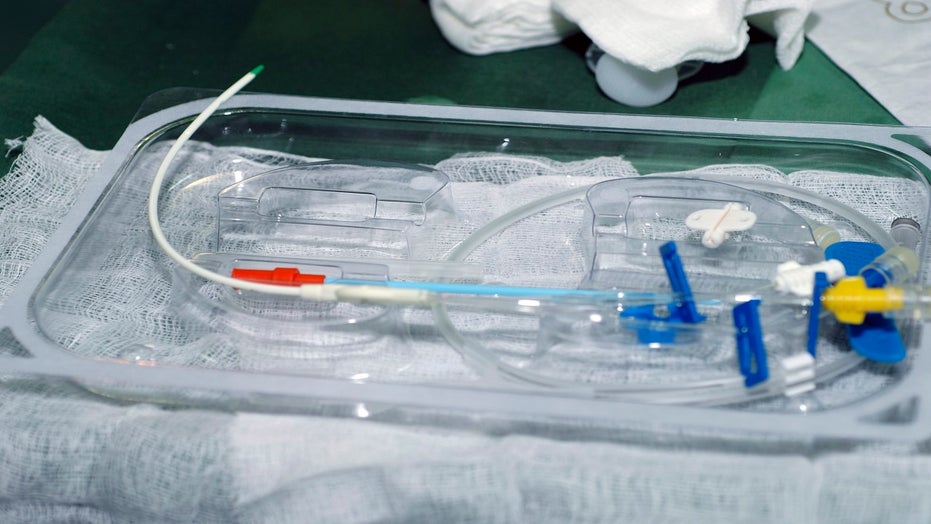 A California doctor was found guilty Wednesday of playing a role in a $12 million Medicare scheme. He'd been accused of falsely diagnosing patients to justify unnecessary procedures, overbilling Medicare, and even repackaging used and contaminated catheters for other patients, the Justice Department (DOJ) said.

Donald Woo Lee, 54, from Temecula, was found guilty on seven counts of health care fraud and one count of adulteration of a medical device, the DOJ announced in a press release Thursday.

Vein ablation is a procedure to close off a varicose, or enlarged, vein.

Some of the equipment used to finish a catheterization, as seen in the sterile pack kit. (Photo by Universal Images Group via Getty Images)

The doctor then billed Medicare, using an incorrect insurance code to get more money back. This practice is known as "upcoding" in the health care industry.

Lee also repackaged used, contaminated catheters, devices intended for just a single use, for other patients, according to the evidence.

His submitted claims worth $12 million and received $4.5 million, the Justice Department said.

Lee will be sentenced on March 19 before U.S. District Judge George Wu.

The case was investigated by the FBI, the Department of Health and Human Services Office of the Inspector General (HHS-OIG) and the Food and Drug Administration Office of Criminal Investigations (FDA-OCI) as part of the Medicare Fraud Strike Force.

The strike force began in March 2007 and has since charged more than 4,200 defendants who have collectively billed Medicare for almost $19 billion, the Justice Department said.