A couple charged in the death of a 6-year-old boy who was fatally shot on a California freeway during a road rage incident will go to trial, prosecutors said Wednesday.

Marcus Anthony Eriz, 25, and Wynne Lee, 23, both of Costa Mesa, are expected to be arraigned April 12 in connection with the death of Aiden Leos, the Orange County District Attorney's Office said.

Eriz is charged with one felony count each of murder, shooting into an occupied vehicle, and enhancements of the personal discharge of a firearm causing great bodily injury and death. He is being held in Orange County jail without bail.

Lee faces charges a charge of felony accessory after the fact and having a concealed firearm in a vehicle, a misdemeanor. She was released on electric monitoring. They have both pleaded not guilty.

Wynne Lee, 23, and Marcus Anthony Eriz, 24, have pleaded not guilty to charges related to the death of a 6-year-old boy in what authorities have called a road rage incident last month on a California freeway.  (Orange County, CA)

The pair was arrested following a days-long manhunt and $500,000 reward after Leos was shot while sitting in a booster seat in the back of his mother's car as they were traveling on State Route 55 to drop him off at kindergarten.

His mother, Joanna Cloonan, said she made a hand gesture at the suspects after they cut her off. That's when Eriz allegedly opened fire on the vehicle and shot the boy.

Cloonan said she then heard a loud bang, followed by her son saying, "Ow," at which point she realized he was bleeding from his chest.

Orange County prosecutor Whitney Bokosky wrote in a court motion that after being arrested on June 6, Eriz admitted to investigators "that he was angry after being ‘flipped off' by Ms. Cloonan, so he grabbed his loaded Glock 17 9mm and racked a round." 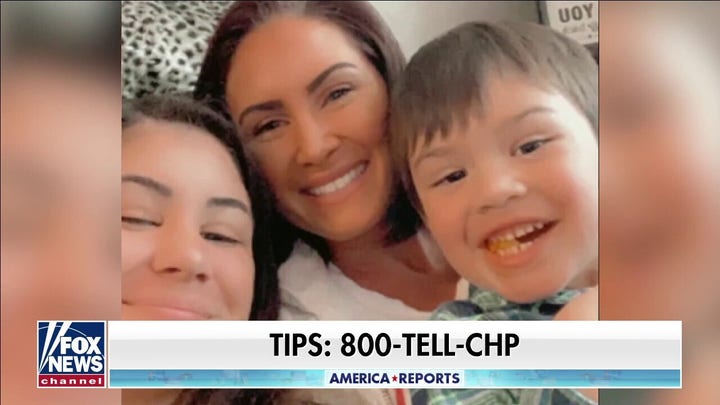 "He then rolled [down] the passenger window and took a shot at her vehicle," Bokosky wrote. "After shooting the victim, [Eriz and Lee] continued on to the 91 eastbound and on to work in the city of Highland."

A week after the shooting, Eriz got into another road rage incident and allegedly flashed a gun at a Tesla driver. He said he didn't realize Leos had died until days later when a co-worker mentioned that his Volkswagen Sportwagen resembled the one being sought by police, prosecutors said.

He then allegedly shaved his head and changed his hairstyle.

"A monster with a gun murdered a little boy on his way to kindergarten – because he was cut off on the freeway," said Orange County District Attorney Todd Spitzer said Wednesday. "The callousness of this crime is unspeakable, but the fact that this couple continued to hide out in plain sight knowing full well they killed a 6-year-old child while Aiden’s grieving parents pleaded with the killers to come forward is [unforgivable]."

Eriz faces 40 years to life in prison while Lee faces up to three years.