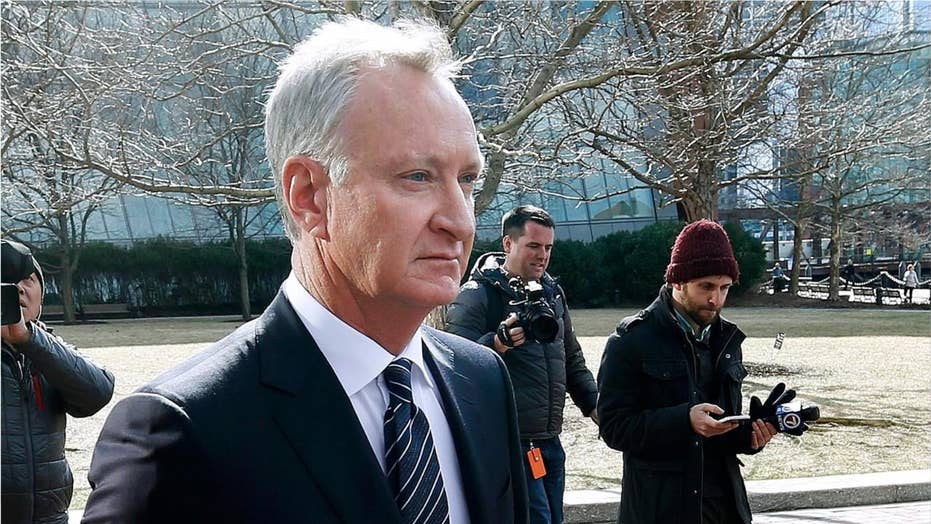 A former California insurance executive was sentenced to six months in prison for paying $450,000 to get his son and daughter admitted to the University of Southern California as fake athletic recruits.

Toby MacFarlane, 56, of Del Mar, California, was sentenced in Boston’s federal court Wednesday after pleading guilty to fraud and conspiracy in June. His prison sentence is the longest among 12 other parents who have been sentenced in the widespread college admissions scandal.

MacFarlane paid $200,000 to admissions consultant William “Rick” Singer to get his daughter admitted to USC as a soccer recruit in 2014, authorities said. A phony athlete profile created for his daughter said she was a three-time “US Club Soccer All American,” even though she never earned the honor.

MacFarlane’s daughter graduated from USC in 2018 and never played on the soccer team. His son briefly attended the school and did not play basketball.

MacFarlane claimed the payments as business expenses so he could get tax deductions, prosecutors said. After his arrest, he repaid the IRS more than $80,000, his lawyer said.

Until earlier this year, MacFarlane was a senior executive of WFG National Title Insurance Company. His lawyers say he lost his job and his professional license following his arrest and he has had to sell some of his properties.

In a plea for leniency, MacFarlane said he was entering the most serious personal crisis of his life when Singer entered his life. MacFarlane’s marriage was falling apart, he said, and he was being treated for anxiety, depression and insomnia.

“I knew it was wrong, but at the time I was feeling completely overwrought and all I could think of was not having to worry about my kids getting into college,” MacFarlane wrote in a letter to the court. “Foolishly and selfishly, I took what seemed like an easy way out.”

Prosecutors said he deserved prison time because he used the scam twice and paid more than others in the case. His personal turmoil was no excuse, prosecutors said.

“Many people experience similar hardships without turning to criminal conduct,” prosecutors wrote in court documents. By repeating the scheme for his son, they said, MacFarlane demonstrated that it was not just a “transitory lapse in judgment.”

More than 50 people have been charged in the admissions scheme, which involves wealthy and famous parents accused of paying bribes to rig their children’s test scores or to get them admitted to elite universities as recruited athletes. A total of 19 parents have pleaded guilty, while another 15 are contesting the charges.

Also on Wednesday, a former Los Angeles test administrator pleaded guilty in the test cheating scandal. Igor Dvorskiy entered the plea in federal court in Boston after reaching a deal with prosecutors in October.

Dvorskiy is accused of accepting bribes to help parents rig their children’s scores on the SAT and ACT. Authorities say he received $10,000 per student while administering tests at a Los Angeles school. He pleaded guilty to conspiracy to commit racketeering, and has agreed to give up $150,000 earned through the scheme.