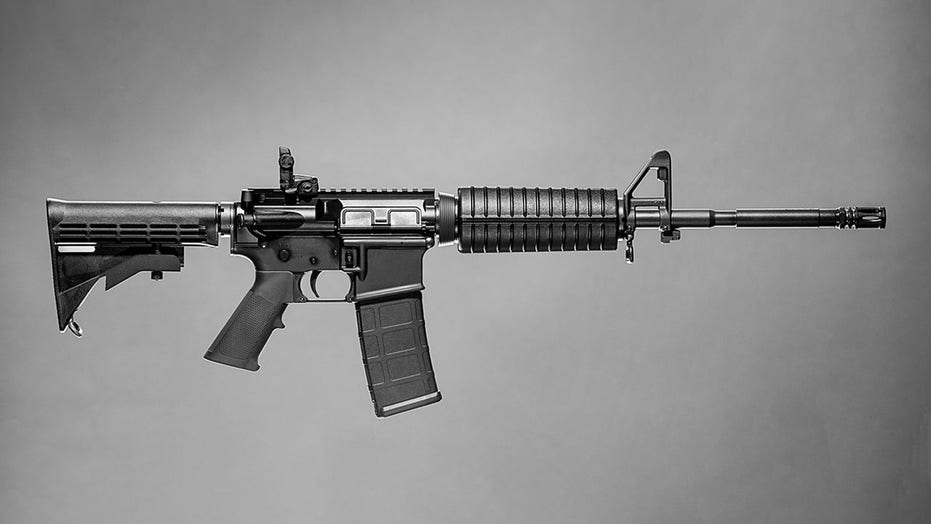 A 13-year-old boy who police believe intended to carry out a school shooting at a Southern California middle school was arrested after deputies uncovered an AR-15-style rifle, a large cache of ammunition, a list of intended victims and a drawing of the school's layout, authorities said Friday.

Several students at Ánimo Mae Jemison Charter Middle School in Willowbrook, just south of downtown Los Angeles, alerted their teachers after they overheard a student threatening to carry out a shooting at the school on Friday, Los Angeles County Sheriff Alex Villanueva said at a press conference.

Deputies executed a search warrant at the student's home and uncovered the gun and 100 rounds of ammo, which authorities said was unregistered but did have a serial number, Undersheriff Tim Murakami said.

Investigators showed a photo of the gun at the news conference and also added that the firearm did not appear to be a so-called "ghost gun" -- a weapon purchased in parts and then assembled as an unregistered and untraceable weapon.

In the early stages of the investigation, Murakami told reporters that the weapon was a ghost gun but he later apologized for the misinformation, clarifying that the sheriff's task force was investigating a separate incident in which a  "ghost rifle" was thought to be involved.

"With all incidents like these, we ask all Los Angeles County residents that if they see or hear something, to say something," Villanueva said. "In this case, the fact that people stepped forward and said what they had heard led us to be able to prevent a tragedy today."

Police did not release the identity of the suspect because he is a minor. The boy was arrested without incident on suspicion of making criminal threats. A 19-year-old male relative also was arrested on suspicion of possessing an unregistered firearm, sheriff's department spokesman Sgt. Bob Boese said. The man, who was not identified, was held on $35,000 bail, he said.

In a separate case, a student at Knight High School in Palmdale, north of Los Angeles, was arrested Thursday after police say he made threats on social media following a fight on campus. Villanueva said the boy acknowledged posting threats along with pictures of a teen with a gun. No weapon was recovered in the case.

The case comes a little over a week after a 16-year-old student armed with a handgun authorities considered a ghost gun opened fire at Saugus High School in Santa Clarita, killing two and injuring three others before shooting himself in the head. The suspect died the following day.