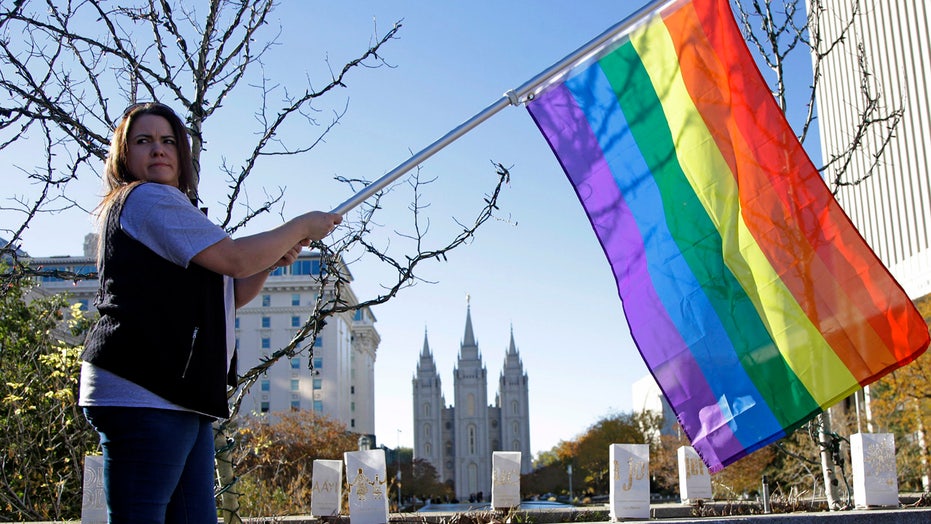 The school, owned by the Church of Jesus Christ of Latter-day Saints, said its new honor code still requires students to commit personally to “abstaining from any sexual relations outside a marriage between a man and a woman.”

“THE HONOR CODE UPDATED AND NOW I WILL BE KISSING ANY GIRL WHO WANTS TO ON CAMPUS,” one user wrote, sharing photos of a couple kissing on campus.

“Less than a year ago I joined my student body in protesting BYU’s honor code, a policy that banned same-gender romantic relationships. As of today, homosexual relationships are now treated the same as heterosexual ones at BYU :’),” Matty Easton, a student, also tweeted. “Girls and gays, we did it! ❤️🌈”

But BYU administration seemed to walk back its stance on same-sex affection, saying on Twitter there had “been some miscommunication as to what the honor code changes mean.” Carri Jenkins, a BYU spokeswoman, reiterated that the “principles of the Honor Code remain the same,” KSL-TV reported.

The only sex allowed between students is between a married man and woman, Jenkins said. Under the previous code, same-sex couples could not hold hands or be seen kissing. The new version is not specific about same-sex couples displaying affection.

Unlike the updated version, the previous edition of the honor code included a section on “homosexual behavior.”

“One’s stated same-gender attraction is not an honor code issue. However, the honor code requires all members of the university community to manifest a strict commitment to the law of chastity,” the previous honor code stated, according to Deseret News. “Homosexual behavior is inappropriate and violates the honor code. Homosexual behavior includes not only sexual relations between members of the same sex, but all forms of physical intimacy that give expression to homosexual feelings.”

The school, and its other campuses -- BYU-Idaho, BYU-Hawaii, BYU-Pathway Worldwide and LDS Business College -- instituted the new Church Educational System honor code, to coincide with a new General Handbook released by the Church of Jesus Christ of Latter-day Saints last week. The new handbook takes a softer approach to LGBTQ issues, according to the Salt Lake Tribune. It now permits the children of same-sex couples to be baptized and blessed at the church.

“In speaking with Honor Code Office Director Kevin Utt this afternoon, we’ve learned that there may have been some miscommunication as to what the honor code changes mean,” BYU said on Twitter. “Even though we have removed the more prescriptive language, the principles of the Honor Code remain the same.