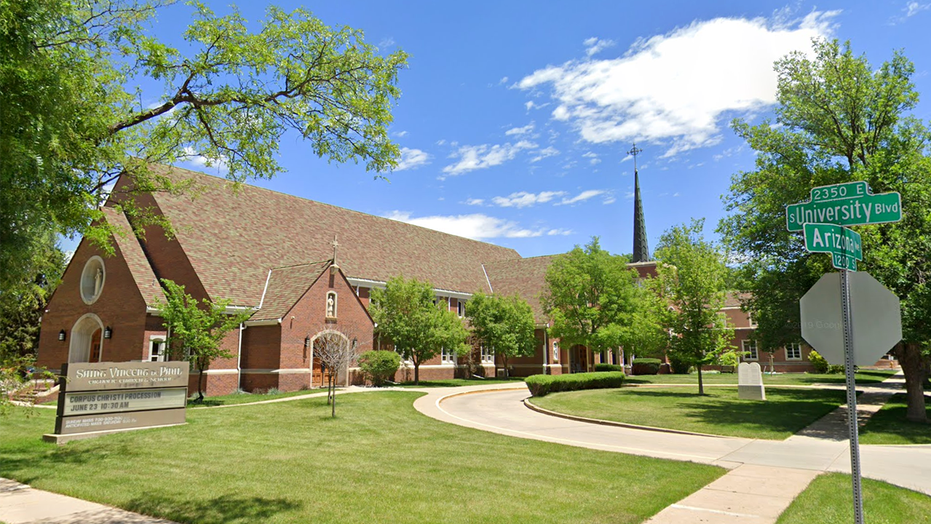 An assistant priest in Colorado is accused of mismanaging more the $2 million when he ran a Catholic school in Denver, including draining $250,000 from a fund meant to help a widowed mother pay tuition for her four children after her husband died suddenly of cancer.

The Rev. Andrew Kemberling caused St. Vincent de Paul Catholic Parish and School "to accrue over 2 million dollars in losses" within two years and then tried to cover those losses by pulling money from restricted funds, Denver7 reported, citing a lawsuit filed Tuesday. The claims do not accuse him of fraud or diverting funds for personal use, Denver's KCNC-TV reported.

GEORGE ZIMMERMAN SUES WARREN, BUTTIGIEG FOR $265M, ACCUSES THEM OF ATTEMPTING TO GARNER BLACK VOTES BY DEFAMING HIM

Kemberling, a pastor at the time, allegedly pulled nearly $100,000 from a Teachers' Endowment Fund so the school could make payroll. He also pulled $250,000 from a fund reserved to helping a teacher, who was also a parent at the school, pay for her four children's tuition after her husband died of cancer in 2011, the lawsuit stated.

David Wolf, one of the plaintiffs named in the suit, claims he deposited $223,000 to that account. The fund had a $12,500 balance after Kemberling gained access, the lawsuit stated. It's unclear what Wolf's ties are to the school and parish.

The Archdiocese of Denver is also named as a defendant in the case.

"While we understand that parishioners have had concerns that need to be addressed, we find the allegations in the lawsuit to be overstated and misleading. We are confident that the results of the independent audit will reveal the truth," the Archdiocese of Denver said in the statement Tuesday, according to Denver7.

"Based on all of the information provided by the parish and available to the Archdiocese, we also have no reason to believe that the former pastor, Fr. Kemberling, who is accused of mismanagement in the lawsuit, took any money for personal gain."