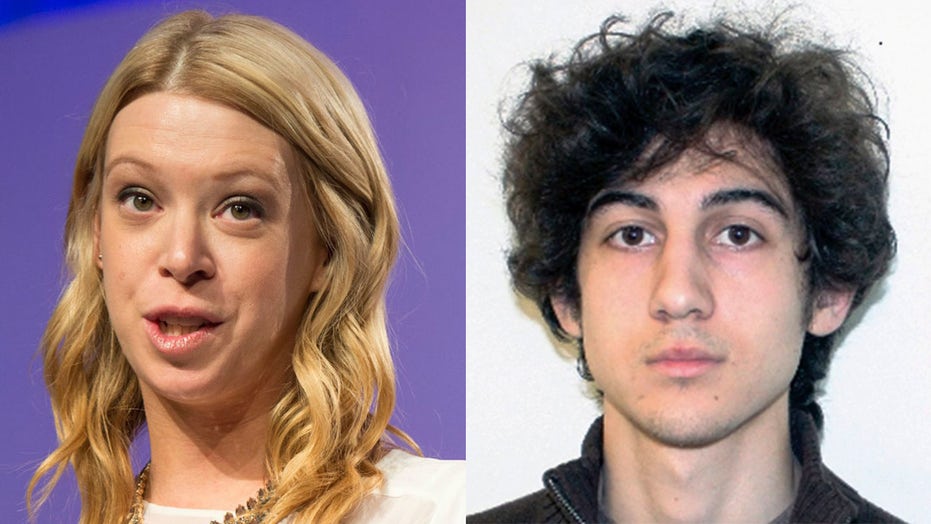 Boston Marathon bombing survivor Adrianne Haslet was anything but coy Thursday when she confronted a lone supporter of convicted killer Dzhokhar Tsarnaev, resulting in a brief but heated exchange outside a Boston federal courthouse.

Haslet was walking toward the entrance of the courthouse, where Tsarnaev’s lawyers are urging a U.S. Circuit Court of Appeals panel to overturn his death sentence, when she saw a man holding a sign that read “Free Jahar.”

The two exchanged a few more words before Haslet walked inside the building.

She later posted a video to her Instagram story where she said she hadn’t planned to make the news by “flipping that guy off” but she also had never thought she would run into a “terrorist supporter.”

Haslet, who lost her leg in the April 15, 2013 attack, was attending an appeals hearing for Tsarnaev, who attorneys claim received an unfair trial.

He was convicted of 30 charges, including conspiracy and use of a weapon of mass destruction, in the attack that killed three people and injured more than 260 others. Now 26, he is in a supermax prison in Colorado. His brother, Tamerlan Tsarnaev, was killed in a gun battle with police days after the two detonated two pressure-cooker bombs near the marathon finish line.

Tsarnaev’s lawyer argued the 2015 trial should never have been held in Boston because of the intense local media coverage and the emotional toll the attack had on the region.

“I would like to make something crystal f*ing clear to the ‘defense’ and the press who is hounding my family and me this week,” her post read.  “MAKE NO MISTAKE. I will testify again in a heartbeat. But believe me when I say. YOU DO NOT WANT ME TO. I was strong then. I am even stronger now. You do NOT want me back on that stand. No matter the city.

“See you in court tomorrow.”