A federal appeals court in Boston is set to hear arguments Thursday in the death sentence of Boston Marathon bomber Dzhokhar Tsarnaev, potentially bringing painful memories of the attack back to the city's forefront.

His attorneys have argued their client didn’t receive a fair trial because it was conducted in the city where the bombs exploded.

Tsarnaev was convicted and sentenced to death in 2015 for carrying out the April 15, 2013, attack at the marathon finish line with his older brother Tamerlan Tsarnaev, who died in a shootout with police after a manhunt.

Dzhokhar Tsarnaev was sentenced to death in 2015 for carrying out the 2013 attack at the Boston Marathon with his older brother, Tamerlan Tsarnaev. (FBI)

The attack at the marathon killed three people died and wounded more than 260 others.

Tsarnaev's lawyers have been trying to overturn his death sentence. They said it was impossible to find a fair jury in Boston because the explosions traumatized the region.

Prosecutors maintained that an impartial jury was carefully selected. In a June filing, they wrote that high levels of pretrial publicity wouldn’t necessarily render a community unable to convene an impartial jury. If such were the case, no venue would be acceptable in the nation’s most high-profile cases, they wrote. 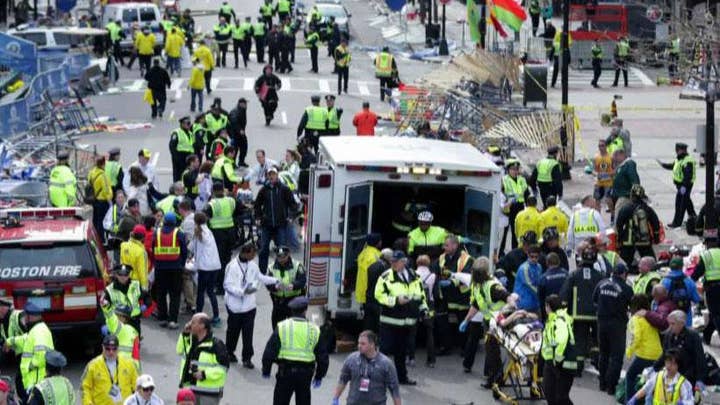 Tsarnaev was convicted of all 30 charges against him, including conspiracy and use of a weapon of mass destruction.

His lawyers admitted at the beginning of his trial that he and his older brother set off the two bombs, but they argued Dzhokhar Tsarnaev was less culpable than his brother.

They're also challenging the judge's refusal to allow the defense to introduce evidence tying Tamerlan to the murders of three people in the Boston suburb of Waltham in 2011.