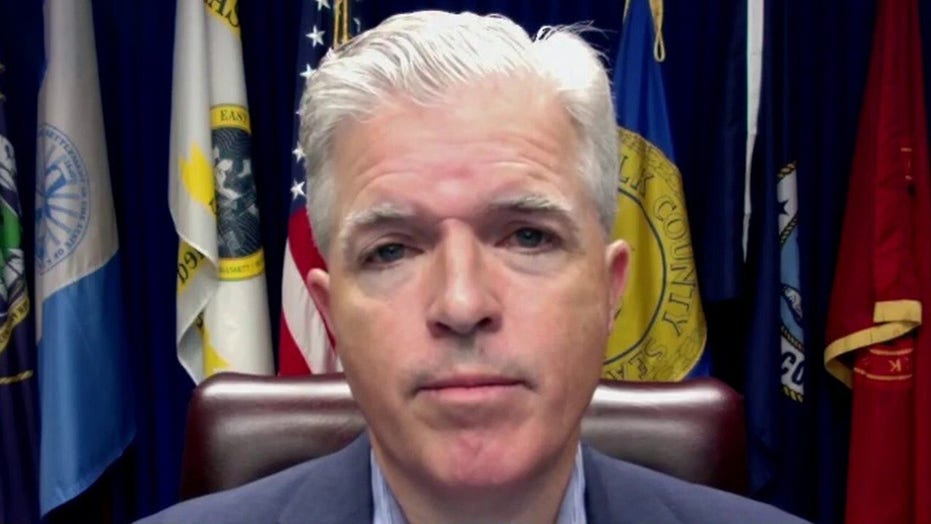 A Washington, D.C.-based Black Lives Matter group is calling on residents of the nation’s capital to obstruct traffic and block police stations Friday in hopes of raising awareness about an effort to defund and replace city law enforcement.

The demonstrations -- which the group is calling “Strike for Black Lives” -- is coinciding with Juneteenth tomorrow, an annual holiday to commemorate the end of slavery.

"We strike to end the logic that anyone is expendable," its organizers said in a statement to WUSA, adding that “we want justice for people killed by police in Washington, D.C.”

The words 'Black Lives Matter' has been painted in bright yellow letters on 16th Street in Washington, D.C. (AP)

The station says the group is asking people to "join a protest, organize direct action, sick out of work and skip class” in order to contribute to shutting down “basic elements of the city."

In addition to encouraging demonstrators to block traffic and police stations, the organizers also are asking businesses to put Black Lives Matter signs in their storefronts and close for the day while still paying workers, according to WUSA.

The group previously has demanded a ban on police chokeholds, the release of bodycam footage and for charges to be dropped against protesters, the station reports.

Their call to defund police is part of a larger nationwide push to reroute state, city and town funding away from law enforcement following the death of George Floyd on May 25 while in the custody of Minneapolis police.

The city of Portland, Ore., voted last night to cut nearly $16 million from the budget of its police department.